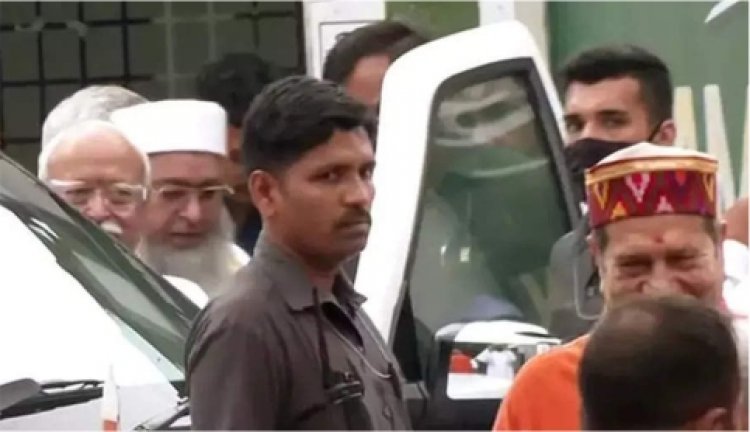 I have come across an article of Dr Apoorvanand, professor at Hindi Department Faculty of Arts University of Delhi; "What does the meeting between eminent Muslims and the chief of an Islamophobic organisation mean for the onward march of Hindutva" ; Published in "the Wire" on Sept 28, 2022

He begins with an English proverb; "Rabbits Are Impressed by the 'Simplicity' of the Wolf". He has rightly said that five eminent Muslims have met a person who is also eminent though he doesn't hold any office in the government, heads an organisation which is now running the Indian state, through its members like PM Mr Narendra Modi and others. Curiously, the eminent person they visited didn’t feel it necessary to say a word about this meeting. As an aide explained, 'All kinds of people come to see him'.

I don't think Muslims, liberals and moderates would disagree with the writer. The article is critical of the visit of Muslim intellectuals and discusses the ideology deceptive character and functioning of RSS and also their ancillaries. In contemporary India no organization has been discussed more than the RSS. In 2014 ie after 90 years of existence without holding any office they play a pivotal role in decision making intermingling with the state machinery. However the article is silent on the outcome and fall out of the meeting vis a vis the present state of affairs. Presumably in his opinion this was a futile exercise and the circumstances for Indian Muslims will remain unchanged.

I agree with Dr Apoorvanand that RSS knows that Hitler can't be reinvented in India and nor his ideology of final solution is practical any more. Interestingly this has been the position taken by me also ever since this notion propagated by certain SM channels. In addition I have always rejected the conspiracy theories that India will become 16th century Spain or will see the repeat of Rwanda like genocide. The last and the overwhelmingly believed theory among Muslims that they will lose citizenship as a consequence of implementation of CAA/NPR/NRC whenever it comes. I don't believe that would ever happen.

My take on the much debated issue  without casting aspersions on their intentions sincerety or concerns, I don't visualise much sense for these eminent Muslims visiting Mr.Bhagwat. In all probabilities they would have expected improvement in the on ground conditions. Since across the country the community is under regular attacks from the hot headed right wing organizations be it provocative and hate speeches, economic and social boycott or mob violence etc.

Many reasons why the Muslim intellectuals should not have visited: 1. visiting RSS chief by the persons of their eminence wouldn't send out a positive signal within the community 2. what message that would carry among the political parties and the civil society who have since ages been vehemently opposing the ideology and sinister designs of RSS and continuously raising voices and taking up the issues of Muslim community with all sincerety 3. the timing was also inappropriate as the 2024 general elections are not far off 4. A meaningful dialogue is not possible unless the weaker side holds some power to negotiate that would compel the other side to pay heed to the discussion and finally the parties mutually agree for dignified solution 5. Giving credence to an organisation the ideology of which rejected by the majority of country's population and moreover at the cost of further loss of credibility of the aggrieved party.

We shouldn't forget RSS and their associates have been successfully assuring Hindus that they are the real champions and the only saviour of nationalistic and self defined secular values and on the contrary projecting Indian Muslims as born intolerant communalists anti nationals or atleast lacking love for their country and the feeling of nationalism.

I can't ( or don't want to ) figure out the numbers of RSS cadre and their affiliates yet have no doubts whatsoever that a sizeable Hindu population tacitly approve the idea of India propagated by the Hindutva forces. Moreover believing the notion that this ideology is the only saviour of Hindu religion culture national indentity security and sovereignty of India has to a large extent gained ground. I am not here to define secularism or to judge the secular credentials of an individual or community ( honestly speaking this is almost an impossible task ). But the fact of the matter is only one movement that doesn't need any certification is the leftist movement as their cadre live the secular values.

In democracy every citizen has the right to meet anyone then why Dr.Apoorvanand is so critical of the eminent Muslims meeting Mr Bhagwat. The reason is quite obvious this action on the part of Muslim intellectuals dilutes the position taken by him and other like minded liberals believe in democratic values and rightly so. The liberals every other day face an onslaught from Hindutva forces yet they fearlessly raise voices on the excesses and atrocities perpetrated against a particular community. Most of the incidents of provocation hate speeches and violence perpetrated by the right wing fringe groups. Lack of will of law enforcing agencies aggravates the situation. At times complicity or culpability of district and police administration can not be completely ruled out. Ironically the role of media houses in general is also not fair.

Indian Muslims have awakened but awakened quite late. Now aspiring hard to prove their loyalty and their belief in secular and constitutional values. At the same time referring back to history of Muslim rule and distancing themselves from the excesses and atrocities allegedly perpetrated against Hindus by the Muslim rulers. Reminding the nation of the sacrifices and the acts of valour of common Muslims, their leaders and the religious persnolities during freedom movement.

Here I would like to quote two beautiful Urdu words;  "تجاہل عارفانہ tajahul e Arifana" ( meaning; Jaan ker anjan banna ), in English; "pretending ignorance despite having full knowledge". This exactly applies to RSS think tank. They know well about Islam and Muslims, their sacrifices contributions in pre-British, during British rule and post independence in all round growth development and progress of the country. The fact of the matter is for serving and keeping their political aspirations alive they need a punching bag and as on today no better bag available to them than the Indian Muslims. I urge the Indian Muslims to please be patient tolerant resilient be good and do good to others without any caste or communal discrimination. The solution lies in focus on education of the youth from primary to secondary, higher secondary to vocational courses or higher studies, employment economics and finally reaching out to common citizens for social welfare irrespective of religion caste or class.

(The views expressed are that of the writer. ISMATIMES do not stand responsible for it. Editor)

On the auspicious occasion of birth anniversary of Mahatma Gandhi and Lal Bahadur...