On the auspicious occasion of birth anniversary of Mahatma Gandhi and Lal Bahadur Shastri, State Bank of India, Lucknow did Swachhata Shramdaan at Sarojini Naidu Park. 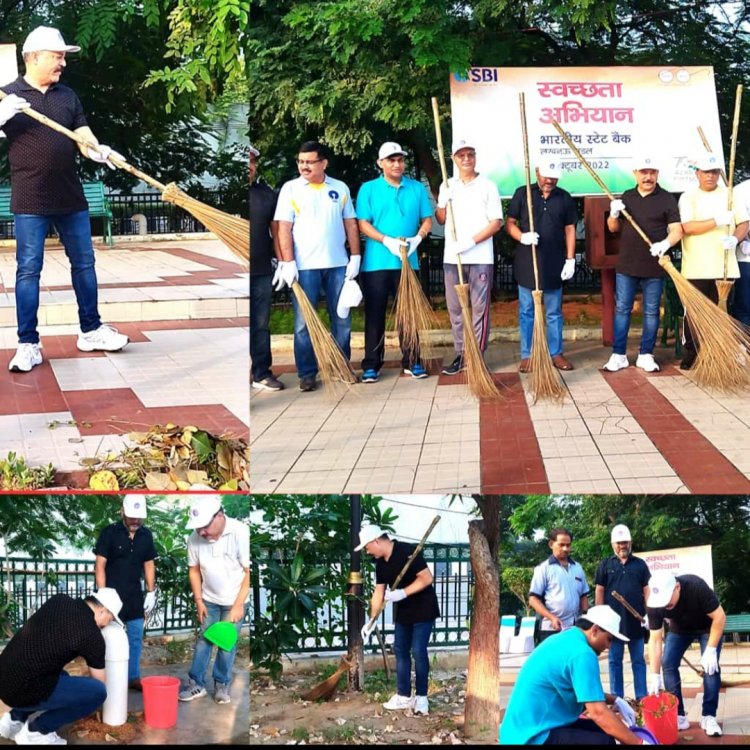 Speaking on the occasion, Ajay Kumar Khanna said that Swachh Bharat Mission-Urban 2.0 was launched on 1st October last year with an aim to make it garbage free so that all citizens should be aware about the separation of wet and dry waste at homes for better waste management. to be made aware. He said that it is the responsibility of all citizens to keep their streets, villages, localities and cities clean.

All the officers and employees of State Bank of India wholeheartedly cooperated in Swachhta Shramdan and took a pledge to keep the premises clean in Sarojini Naidu Park.