Lewis Hamilton qualified fastest for the Turkish Grand Prix but will start the race 11th after a 10-place grid penalty for breaking engine rules. 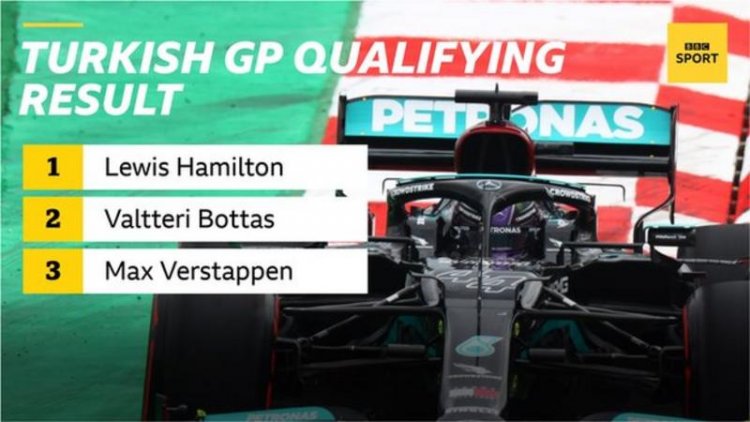 Verstappen starts the race two points behind Hamilton in the championship.

Mercedes achieved the perfect result in the circumstances, with both drivers in the best possible position for the start of the race.

Bottas was fastest on the first runs in final qualifying, pipping Hamilton by just 0.022secs, but the Briton went out early for his second run and managed to string together a lap good enough to leapfrog his team-mate.

Bottas appeared to be on course to reclaim the fastest lap, but fell away in the final three corners and just missed out, with his second lap falling just 0.073secs short of his first effort.

The Finn's role in the race will be to win, and prevent Verstappen scoring as many points as possible.

"The last lap I missed a bit in the last sector and started to pick up some understeer," Bottas said. "Lewis is in the best place and I am on pole. I will focus on my own race tomorrow. Try to keep up a good pace." 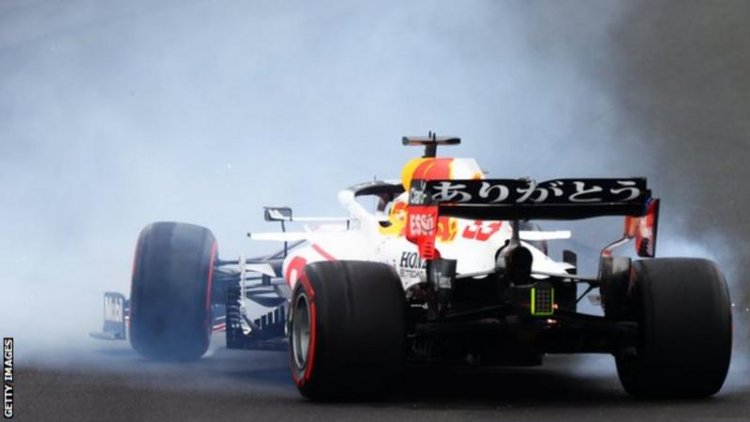 Qualifying started on a track that still had damp patches after overnight rain and a mostly wet final practice session. Teams ran on slick tyres throughout, but there were a number of spins and off-track moments as drivers found the limits of grip.

"The session was really tricky," said Hamilton, who in taking a new engine for reliability reasons over the rest of the season has exceeded his permitted allowance. "There were still some damp patches and getting temperature in the tyres for the first lap wasn't easy.

"Great performance from them getting us out at the right time.

"Tomorrow will be difficult but I will give it everything. It is not the easiest overtaking at the moment and we are all on the same tyres.

"I imagine it will be difficult to move up."

Verstappen said the Red Bull did not have the pace to compete with the Mercedes.

"Compared to yesterday we managed to turn it around quite well," he said. "The laps were quite good. But there was not the lap time in it to fight for pole.

"Third is the maximum for us and tomorrow lining up in second let's wait and see what the weather will do, but overall I'm pretty happy."

Hamilton's remark about tyres was a reference to the fact that only one driver in the top 10 - Alpha Tauri's Yuki Tsunoda in ninth place - will start on the soft tyre, with everyone else preferring the more durable medium in the second session, which defines the starting tyre of the drivers in the top half of the grid.

Behind the big three, Verstappen's Sergio Perez failed to achieve what his team had requested and qualifying close to the Mercedes.

The Mexican, who spun in the second session, had only one set of new tyres available for the final session could manage only seventh and beaten by Leclerc, Gasly and Alonso.

Williams driver George Russell will start 13th, with Mick Schumacher an impressive 14th in the Haas, and Daniel Ricciardo a disappointing 16th in the second McLaren.

Lionel Messi: The inside story of Paris St-Germain forward's first months in France

Samantha Ruth Prabhu on rumours over her separation: ‘They say that I had affairs...