The historical hurt that the Hindu upper-caste elite has entertained about the quota system is now a legal doctrine. It can have far reaching consequences. 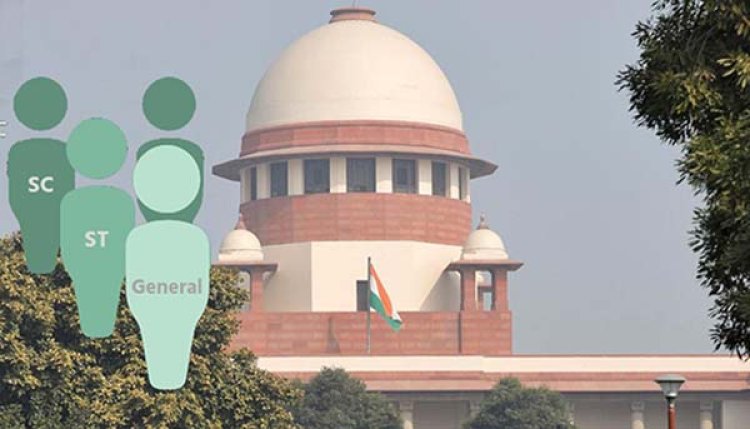 The Supreme Court’s latest judgment on reservation for the Economically Weaker Sections signals the end of a progressive, if delicate, judicial consensus on affirmative action. So far, the upper–caste Hindu–dominated higher judiciary has been remarkable in resisting its own social prejudices and upholding the system of reservation as a mechanism for redressing inherited caste-based social inequalities.

The majority judgment in the latest Janhit Abhiyan vs Union of India (WP 55 of 2019) is a major and regressive departure, perhaps a glimpse of things to come, as it allows commonsensical prejudices of the privileged to trump judicial reasoning anchored in constitutional principles. As in the case of recent judgments on minority rights, the judges are shedding their awkwardness by giving vent to the views they inherited from their social milieu that happen to be in line with the ruling ideology.

Ironically, the Janhit Abhiyan judgment would be remembered for the rather twisted understanding of the ‘Jan’ (public) whose ‘hit’ (interests) the court seeks to safeguard.

Formally speaking, the verdict is limited to the constitutionality of the 103rd Constitution Amendment Act, 2019 that introduced the EWS reservation for General Category candidates from economically weaker backgrounds. The constitutional bench is unanimous in upholding the principle of economic deprivation- based affirmative action. The key difference is whether economically weaker candidates from SC, ST, and OBC categories can be excluded from the EWS quota, as provided in this amendment. While the dissenting judges strike down the amendment for codifying an ‘exclusionary and discriminatory principle,’ the majority opinions rely on the doctrine of reasonable classification to argue that those who access SC, ST, and OBC quota difference in the interpretation of the constitutional principle of social justice could strike at the heart of the long-established jurisprudence on affirmative action.

Over the years, the Indian courts have upheld, notably in NM Thomas (1976) and Indra Sawhney (1992), the idea of affirmative action, or compensatory discrimination, if you will, to be in line with the constitutional principle of equality. But the courts have put some strict conditions for the use of this measure of last resort. One, the beneficiary group must be defined logically and cogently. Two, it must be backed with solid evidence that the group so identified suffers from disadvantage and under-representation, which is significant enough to require reservation. Three, any changes to the reservation regime must not violate an overall ceiling. Finally, it must not affect ‘merit’ or ‘efficiency’ in a way that is unacceptable.

The extraordinary thing about the Janhit Abhiyan judgment is the willingness of the court to abandon all these four principles when it comes to EWS reservation. It is hard to escape the impression that the court advocates one set of stringent conditions for reservation for ‘them’ but is happy to adopt an entirely different yardstick for reservation for ‘people like us’.

Take the definitional issue first. All the five judges agree that the affirmative action regime could expand beyond compensating for caste-based backwardness. In principle this is fine. If your parents cannot afford good schools and expensive coaching, you suffer a serious disadvantage in the competition for higher education and jobs. This handicap needs to be compensated. The real question is how does one define and operationalise this handicap and what exactly should be the form of compensatory mechanism.

The majority opinion does not bother itself with these critical issues. While the majority informs us that ‘economic justice has acquired equal focus alongside the principles of social justice’, it fails to appreciate the fundamental anomalies that providing EWS quotas would create. It fails to explain how redressal of mutable and often transitory economic hardships require the same mechanism as severe, structural, and enduring disadvantages like caste.

Unlike its usual vigilance on caste-based reservation, the court does not insist on a severity test, i.e,. the beneficiary group must suffer from severe economic disadvantages on par with other beneficiaries of reservation. The court also appears to have given up on the homogeneity test, which requires that the group identified for benefits have similar disadvantages. The EWS category is bound to be extremely heterogeneous, especially in terms of economic conditions, so judicial precedents would demand the narrow identification of a homogenous class. Lack of precision in determining this can result in grave injustices due to over or under- inclusion of deserving individuals.

It is perplexing how the provision for mitigating an undefined individual disadvantage can qualify for a preferential grant of scarce public service appointments. It is regrettable that the Supreme Court does not engage with questions of the parameters of economic disadvantage, criteria for identification, and keeps it open for ‘consideration as and when they arise’ (para 96-97, Maheshwari J).

Let us now turn to evidence, or the lack of it. Strangely, none of the judgments ask the basic question for the 10 per cent EWS quota: what is the population share of the general category EWS? If we go by Sinho report – incidentally the key evidence that does not find even a mention in the majority judgment – those below the poverty line who belong to general category are just about 5.4 per cent of the country’s population (calculated as 18 per cent BPL families of the roughly 30 per cent population of non-SC/ST/OBCs in the country).

What is the basis of granting them 10 per cent reservation? Nor has the majority judgment bothered itself with the empirical and procedural requirements that the courts have always insisted upon and had most clearly crystallised after the 2008 judgment in M Nagaraj v Union of India. Yet, the Supreme Court has neither scrutinised the level of existing representation of the target group nor the measure of its economic destitution.

What is most surprising is the wholesome omission of the analysis of the impact of this quota on merit, and formal equality. Indeed, an empirical analysis conducted after the enactment of the EWS Amendment in 2019 revealed that the target group of ‘economically weaker’ upper castes were massively over-represented, accounting for more than 28 per cent of the student population in 445 premier higher education institutions.

What is more – the majority judgment happily ‘waives off’ the 50 per cent ceiling on vertical reservation. In the past, numerous social policies, including OBC reservation in local bodies, educational equity measures in Scheduled Areas, quotas for agrarian castes, and deprived religious minorities, have been struck down on account of the breach of the 50 per cent limit. This appears to be the most obvious case of double standards. The spurious defence that the ceiling applies only to the reservation made under pre-existing clauses, it holds little water in the light of the core constitutional principles.

Finally, the judgment makes no mention of the most frequently cited principle when discussing reservation, ‘merit’. This silence is stark in the face of the evidence of the first two years of application of EWS quota that the cut-off for EWS was even lower than the OBC. Clearly merit matters only when we discuss ‘their’ children, not when we discuss ‘our’ children benefiting from capitation fees, securing spurious degrees abroad or obtaining EWS quota. The unfortunate remarks by Justice Trivedi and Pardiwala for discontinuing caste-based reservations expose the embedded worldview which countenances the blatant double standards in this decision.

In this landscape, this decision – in marking a sphere of exception for the quota created for the ‘General Category’ on ‘universally acceptable’ economic grounds – could risk a breakdown of the legitimacy of India’s delicate affirmative action regime. If the reactions of backward class-based regional parties and other Bahujan social groups are any indication, Indian judiciary will come under severe scrutiny and discontent. As demands for a caste census and removal of the 50 per cent ceiling gain currency, the Indra Sawhney consensus on quotas is almost dead, and greater conflict and contestation would be underway until a constitutional organ demonstrates a truly just and wise vision.

This delicate consensus, often against the instincts of the judges, was premised upon the Indian elites’ grudging and belated acceptance of caste inequalities and discrimination. It found resonance in progressive judgments such as Justice Subba Rao’s order in T Devadasan (1964), the majority opinion of NM Thomas (1976) to recent decisions like BK Pavithra II (2019), Saurav Yadav (2020) and Neil Aurelio Nunes (2022). The political consolidation around the upper caste reflects a marked change in this mindset where these elites are brazenly snatching the existing safeguards. The Hindu upper caste elite has long entertained a strange sense of historical hurt and injury from the reservation system.

crisis, with calls to end the collegium system and make the judiciary more representative, gaining strength. If the surnames and ideological proclivities of the members of the constitutional bench are becoming subject of public debate, and often rather unfair comments, the responsibility for the same lies with the court itself.

One could hope that the newly appointed Chief Justice would actualise the professed judicial commitment towards creating a tranquil and stable social fabric.