The ECI is enshrined with the responsibility of conducting free, fair, supervised and regulated elections of the world’s largest democracy. The ECI, being one of the most essential independent organs of our democracy... 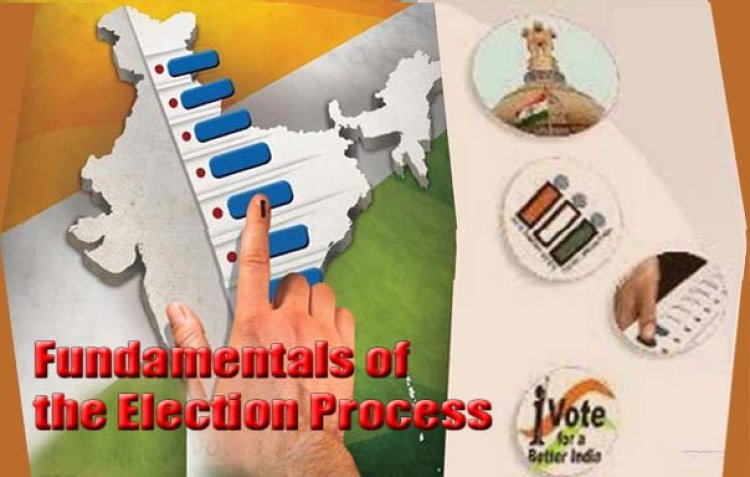 New Delhi, 12 Nov, 2022 : The dates for upcoming assembly elections of Gujarat and Himachal Pradesh have been declared, and it is our responsibility and duty to take part in them with open eyes and awakened sensibilities. It is very interesting to note that, unlike many first-world countries, independent India adopted a very progressive approach in granting voting rights to everyone without discriminating on the basis of class, caste, gender, etc. The regressive prerequisites for voting in many countries encompassed consideration of a voter’s economical wealth, gender, and educational qualification, while India’s universal suffrage dismantled any such conditions following the enforcement of India’s constitution in 1950.

The farsightedness of the drafters of the Indian constitution deserves all the credit for bringing an unbiased system of electoral voting for the citizens of India. The practice of free and fair elections is very crucial for the survival of democracy; it not only provides people with the opportunity to elect their representatives but also endows a system of accountability for those who govern. The stakeholders of the election process, which also include common people, always have a huge obligation to know about the manifesto of the contesting parties and their promises to the masses. A critical understanding is necessary among people to choose the right candidate who is capable of bringing development and growth to society and its people, and the pressing priority of the voters should be to identify and deject the bogus assurances of political parties. Socio-economic and political awareness to question the government on persistent issues such as unemployment, public health, education, women empowerment, etc., is required of voters in order to make an informed decision in casting their votes. Many propagandist parties usually have a trump card to present before people as a vote bank but fall short to fulfill even the elementary necessities; this should be identified and cast off immediately.

Along with the responsibility of voters, some institutions like the Election Commission of India (ECI) involved in election processes also play a vital role. The ECI is enshrined with the responsibility of conducting free, fair, supervised and regulated elections of the world’s largest democracy. The ECI, being one of the most essential independent organs of our democracy, should maintain transparency and fairness in the whole process, from the beginning till the end of elections. There have been many instances of disparities during the time period of the voting day and the result day; therefore, the ECI should specifically scrutinise these days to avoid any such occurrences and consider shortening the gap between the voting day and the result day, as longer gaps may lead to inconsistencies and discrepancies in the electoral process. The ECI is always expected to be seen as an upright and reliable autonomous body which prioritises the democratic principles of India without any bias toward any political party/candidate. This righteous image of the ECI is required to be maintained for the confidence building of all eligible voters, especially young voters (18 years of age and above).

The constitution of India has very strongly laid an emphasis on upholding the tenants of democracy, and among that, elections—general, state assembly, local bodies, etc. — strengthen the democratic milieus undeniably. Hence, it is indispensable for all of us to respect and take part in India’s celebration of democracy.

(The writer is Chairman, Institute of Objective Studies, New Delhi)

Congress's Bharat Jodo Yatra: Which is the best way out?