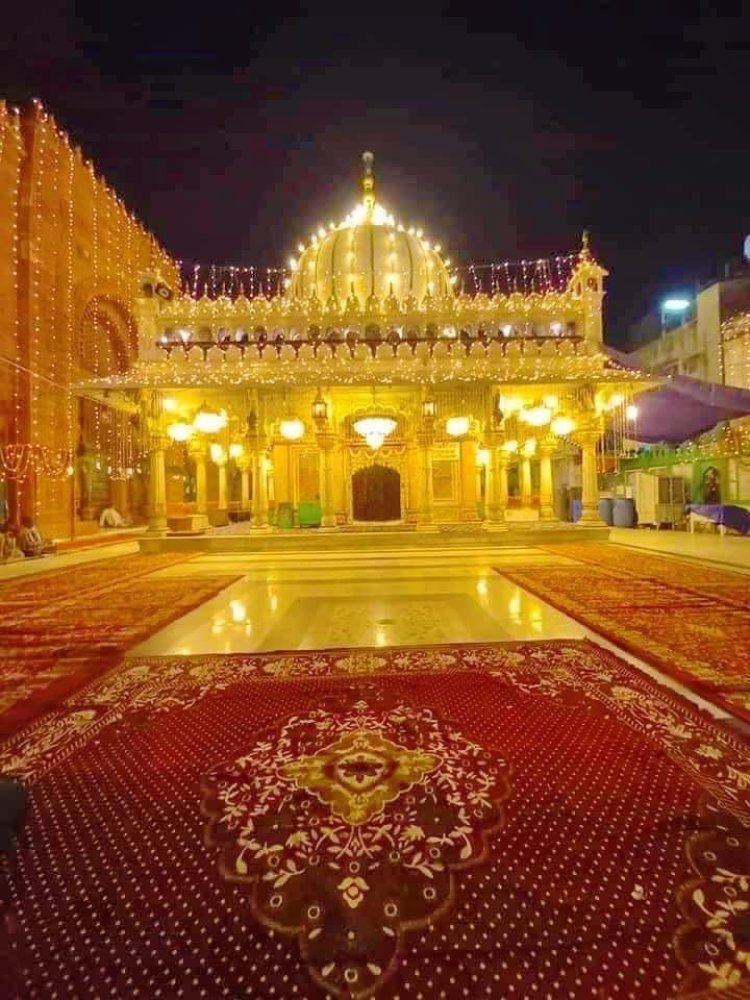 He was born in 1238 AD in the city of Badaun, India.  Shortly after his birth, his father passed away and his blessed mother raised him.  He later said that one his greatest joys was when his mother would tell him that there was nothing to eat so they were the “guests of God.”

He then left to Delhi for higher studies at the age of 16 years old and as fate would have it, his accommodation was very close to none other than the brother of Hazrat Baba Fariduddin Ganjshakr (Qaddas Allahu Sirrahu).  This caused Hazrat Nizamuddin Awliya (Qaddas Allahu Sirrahu) to later say that when Allah Subhanahu wa Ta’ala wills spiritual riches on His servants, He causes favorable situations like this to happen.

His studies were very difficult because he also had to take care of his mother and sister in Delhi.  His life later became easier when he started receiving stipend (salary) from someone.  But after he pledged allegiance (bayyah) to Hazrat Baba Fariduddin Ganjshakr (Qaddas Allahu Sirrahu) in 1263, he stopped receiving this and his only source of livelihood was his full trust in Allah Subhanahu wa Ta’ala.

Hazrat Nizamuddin Awliya’s (Qaddas Allahu Sirrahu) langar (kitchen) was famous as many poor people were fed from there, feasts were held in his honor, and he was joined at meals by large numbers of invited and uninvited guests.  He was generous to the poor and the miserable who needed help.  His khanqah later became the model used by other Sufi saints where money, food and guests circulated freely which could not be understood by the Sultans (rulers) and those ignorant of Allah's blessings.

He would say that no one in the world has to bear as much sorrow as him because so many people come to him and relate their stories of grief and suffering.  He said that these stories were like a burden on his mind and he would feel hurt and irritated at times.  He said that it must be a strange heart which is not affected by the sorrows of another person.

He also found it difficult to eat food at times even though he was constantly fasting. He would say “so many miserable and poor men sit in the corners of mosques and shops, hungry and starving; how can this food go down my throat.”

His home was open all the time during the day for visitors.  But at night, he would be in his room with the door closed and the lamp burning as his entire night was spent in worship of Allah Subhanahu wa Ta'ala.  His servant said that whenever he would open the door to give the Shaykh his pre-dawn meal (Sehri), he would find the Shaykh awake. The only time he slept was a short afternoon nap.

Hazrat Nizamuddin Awliya (Qaddas Allahu Sirrahu) passed ahead on the 18th of Rabi-al Ākhir.  His shrine (dargah) is in Delhi, India.  He is truly Mehboob-e-Ilahi and is loved by all.