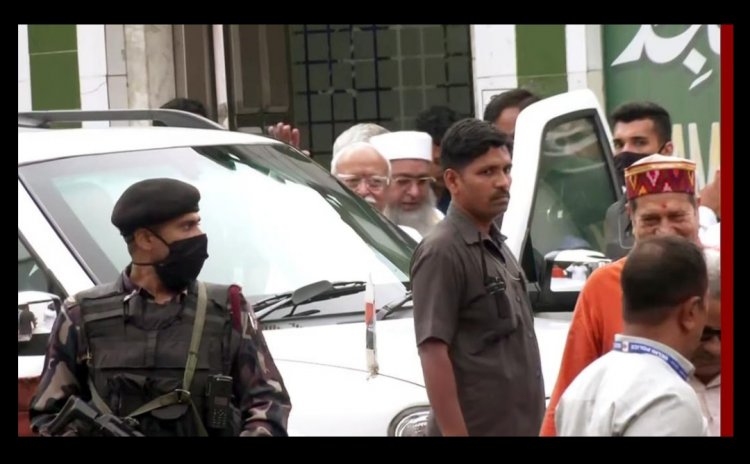 The recent meetings of 5 muslim intellectual with RSS chief Mohan Bhagwat , in New Delhi has created a new hornet nest, in the country. This meeting  as told , was at the request of muslim intellectuals,  who were earlier part of a Delhi based IMPAR, RSS chief responded positively by meeting them. Both parties had their agenda , for the meeting . This has started a raging controversy not only in the country but specially in Muslim community. Voices have risen that  were these 5 muslims intellectual  authorized to represent them ??. Some of them were retired government officials, one was retired army and highly decorated soldier and one of them was from print media. How they projected themselves as representative of muslim community,  is a point of discussion and to put forward the demands or grievances of the minorities? The president of IMPAR has in a press release has issued a statement that they had asked for an appointment with RSS  chief but how these 5 managed to meet him,

As for RSS chief,  demands that minorities should not address them as Kafirs and that they should stop cow slaughter in the country,  the delegation assured him it will be taken care of. How they , its debatable? Are they leaders of the community or they have any hold over the voters to sway their opinion?. Another important demand of Bhagwat , as said by one the muslim intellectuals,  to a prominent tv channel interview,  was that there should be no andolan on Gyan vapi masjid controversy.  Is it a prelude to gather more support in favour of demolishing of the masjid to make way for the Gyan Vapi temple in near future,  just as it happened in case of Ram Mandir, case in Ayodhya?? 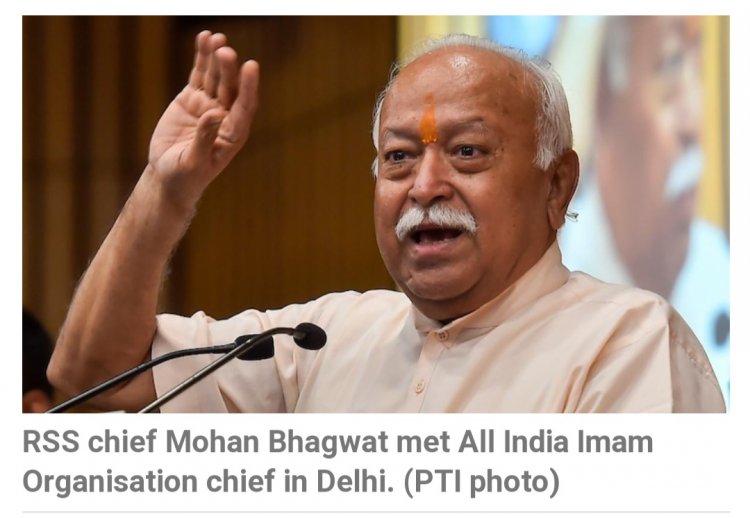 As for ban on cow slaughter demand, let us remember that as far as at the start of AMU movement,  Sir Syed had propagated and banned cow slaughter in Aligarh. Did this group questioned RSS chief on raids of Madrasas? Or the threat to de franchise the minorities of voting rights ??  Muslim intellectuals agreed not to  use of the word Kafirs and Focused on inclusivity. A decision on  non usage of words like Love jihad was also agreed  upon. Muslims intellectuals opposed the usage of Anti Social slurs and its usage , prominently by the tv channels. Did this group of intellectuals discussed NRC Or  CAA issue, which has been a serious concern for the muslims, of the country.
The group should have consisted of muslims representation like Arshad Madani, Asad Madani, Asaduddin Owausi or representative of at least 1 muslim MP or MLA from major political parties like SP, BSP or CPI or TMC or DMK or Congress parties.
At the same time the highly publicised visit of RSS chief,  Mohan Bhagwat , at the invitation of So called Chief of  Imam , Omer Siddiqui to Masjid and his house , situated at K G Marg, ( earlier called copernicus road, in lutyan's delhi).  Once again it is questionable the  post and actions of This Imam. And later on the visit of RSS chief to his madrasa in Azadpur Market, where he spent about 2 hours, as stated by Imam to a prominent channel. The Imam even went to the extent if calling Bhagwat as Rashtrapita,The general opinion is that this is just an exercise by RSS and BJP to create an favourable  atmosphere before any decision on gyan vapi masjid, is arrived upon.
Dialogue is definitely the best way out to amicable settle any issue and this initiative is worth noting.  Leaders of  both religious as well as political parties,  should carry forward this process, to bring peace in the country which is most essential for economic development  of the country.
Afzal Ali shah Maududi.
Editor cum Bureau chief.
Lucknow