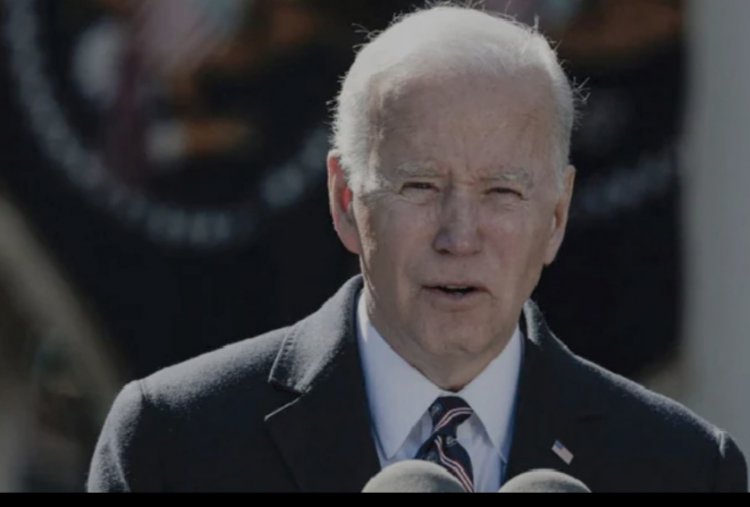 Washington: US President Joe Biden unveiled a series of executive measures Wednesday to combat climate change and pledged more to follow, seeking to advance his environmental agenda stalled by unsupportive lawmakers and a conservative Supreme Court..

Summer heat waves have highlighted the threat, with 100 million people in the United States under excessive heat alerts, and devastating record temperatures causing misery across Europe..

"Climate change... is literally, not figuratively, a clear and present danger," Biden said, announcing a $2.3 billion investment to help build US infrastructure to withstand climate disasters..

"The health of our citizens and our communities is literally at stake... Our national security is at stake as well. (...) And our economy is at risk. So we have to act.".

Biden, delivering his address at a former coal power plant in Massachusetts, said his administration would not hesitate to do whatever is necessary, with or without lawmakers on board..

"Congress is not acting as it should... This is an emergency and I will look at it that way. As president, I'll use my executive powers to combat the climate crisis," he said..

But he stopped short of declaring a formal emergency, which would grant him additional policy powers..

Biden began his term last year promising to fulfill campaign pledges to tackle the global climate crisis, but his agenda has faced blow after blow..

His first day in office, Biden signed an executive order to bring the United States back into the Paris climate agreement, followed later by an ambitious announcement that he was targeting a 50-52 percent reduction from 2005 levels in US net greenhouse gas pollution by 2030..

But his signature Build Back Better legislation, which would have included $550 billion for clean energy and other climate initiatives, is all but dead after failing to receive the necessary backing in Congress as Democrat Joe Manchin said he would not support the bill in a evenly divided Senate..

The Biden administration has framed climate policies as a national security issue, made all the more urgent by soaring fuel prices in the wake of Russia's invasion of Ukraine..

"Not only does it affect our infrastructure... It has an impact on our readiness," White House spokesman John Kirby said Tuesday..

"We are committed to taking advantage of this moment and doing everything we can, including on the world stage," Price told reporters, "to ensure that this decisive decade does not go by without us taking appropriate action.".

(Except headline, this story has not been edited by ismatimes staff and is published from a syndicated feed).