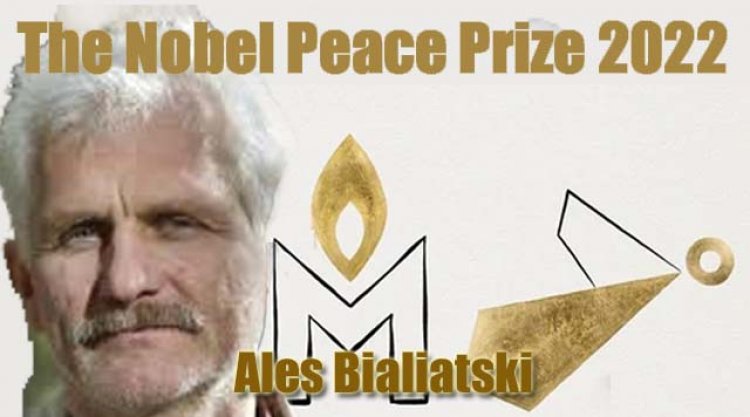 Oslo, Norway: The Russian human rights organisation Memorial is one of the two organisations to receive this year’s Nobel Peace Prize. The Memorial was ordered to close down during a wave of repression against critical voices and refers to it as “the conscience of Russia prohibited under Putin.” During a time of unrest in Ukraine, the Center for Civil Liberties was established in 2007 to advance democracy and human rights there.

The laureates represent civil society in their home countries, said the committee, “They have for many years promoted the right to criticise power and protect the fundamental rights of citizens. They have made an outstanding effort to document war crimes, human right abuses and the abuse of power. Together they demonstrate the significance of civil society for peace and democracy”, it said on the Nobel website.

With the awardees being from Belarus, Ukraine, and Russia, an implicit message has been sent about the ongoing conflict between Russia and Ukraine. “The Norwegian Nobel Committee wishes to honour three outstanding champions of human rights, democracy and peaceful co-existence in the neighbour countries Belarus, Russia and Ukraine”, said the committee.

The Guardian reported Berit Reiss-Andersen, the head of the Nobel committee, as responding to a question on whether the prize was “a timely birthday president” to Vladimir Putin on the Russian president’s 70th birthday which falls on October 7. She said the prize is not being addressed to him, and that “we always give a prize for something and to somebody and not against anyone.”

According to the website, “Ales Bialiatski was one of the initiators of the democracy movement that emerged in Belarus in the mid-1980s.” Before 1991, when the former Soviet Union fell and independent countries emerged, many countries in Central Asia and Europe saw pro-independence movements. Belarus President Alexander Lukashenko has been in power since 1994 – when the post first came into being.

Bialiatski is also credited with founding the organisation Viasna (Spring) in 1996 in response to the controversial constitutional amendments that gave the president dictatorial powers. Over time, Viasna evolved into a “broad-based human rights organisation that documented and protested against the authorities’ use of torture against political prisoners”, said the committee.

Having been imprisoned earlier for three years, he was arrested most recently after the large-scale demonstrations against the regime in 2020 and is still detained without trial. In 2020, he was one of the three recipients of the Right Livelihood Award by the Swedish Right Livelihood Foundation, sometimes referred to as the “Alternative Nobel”.

The committee lauded his efforts and said, “Despite tremendous personal hardship, Mr Bialiatski has not yielded an inch in his fight for human rights and democracy in Belarus”.

The committee said the organisation was established in 1987, “by human rights activists in the former Soviet Union who wanted to ensure that the victims of the communist regime’s oppression would never be forgotten.” Nobel Peace Prize laureate Andrei Sakharov, who won the prize in 1954, and human rights advocate Svetlana Gannushkina were among the organisation’s founders. “Memorial is based on the notion that confronting past crimes is essential in preventing new ones”, said the committee.

It has been described as the largest human rights organisation in Russia, and in the present day, it helped in gathering information on “the political oppression and human rights violations in Russia”, as per the committee’s press release, which called it “the most authoritative source of information on political prisoners in Russian detention facilities”.

In the last two years, it has been shut down and liquidated by the Russian Supreme Court, but the organisation responded at the time by saying, “Nobody plans to give up.”

The Center for Civil Liberties was founded in Kyiv in 2007 “for the purpose of advancing human rights and democracy in Ukraine”, said the committee.

As per its own website, the Centre describes itself as “One of the leading actors in Ukraine, influencing the formation of public opinion and public policy, supporting the development of civic activism, and actively participating in international networks and solidarity actions to promote human rights”.

After Russia’s invasion of Ukraine in February 2022, the Center for Civil Liberties has engaged in efforts to identify and document Russian “war crimes” against the Ukrainian civilian population, according to the committee.

The centre has stepped its efforts to support Ukrainian civil society and put pressure on the government to transform Ukraine into a fully fledged democracy and a state ruled by the rule of law, according to Nobel committee head Berit Reiss-Andersen.

The organisation has tried to compile evidence of Russian war crimes committed against Ukrainian citizens since Russia invaded Ukraine in February.

When it comes to bringing the guilty parties accountable for their misdeeds, the centre is paving the way.

What awardees had to say in winning Nobel Peace Prize 2022?

Volodymyr Yavorskyi, a spokesman for the Center for Civil Liberties, said the honour was significant for the group since for a long time they operated in an unnoticed nation.

In order to ensure that the victims of communist repression would be remembered, Memorial was established in the Soviet Union in 1987.

It has kept tabs on the whereabouts of political prisoners in Russia and compiled data on the country’s violations of human rights.

Ales Bialiatski, a seasoned rights advocate in totalitarian Belarus and the sole recipient of this year’s Nobel Peace Prize, is the subject of a helpful feature by AFP.

The Nobel Prizes in physics, chemistry, literature, physiology or medicine, and worldwide industrialist Alfred Nobel’s will, which was revealed after his death in 1896, stated that these awards would be given in Stockholm, Sweden, while the Nobel Peace Prize would be given in Oslo, Norway.

Maharishi Valmiki was an Adikavi and he is also called the father of Shlokas: Adesh...