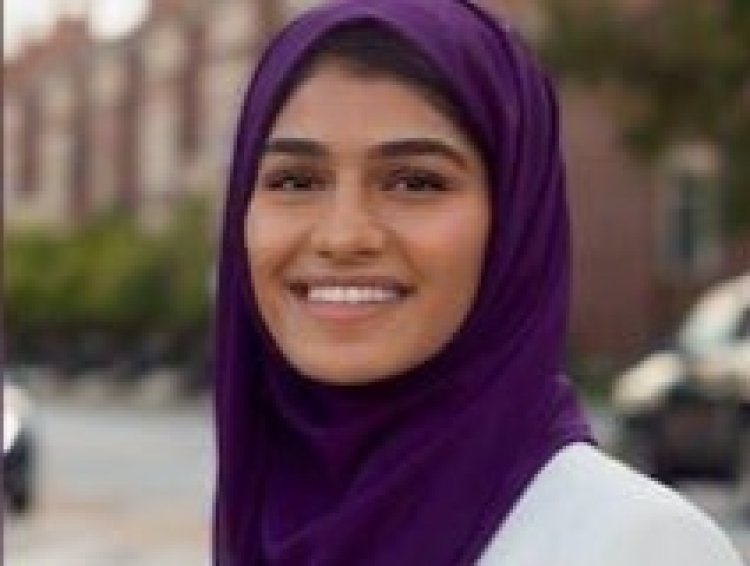 Nabeela Syed who scripted history by becoming the youngest member to get elected to the Illinois General Assembly. In the recently held US midterm elections, the 23-year-old Indian-American defeated her Republican opponent Chris Bos. She received 52.3% votes in the election for the 51st District in the Illinois State House of Representatives.

Sharing her excitement on Twitter, Ms. Syed said, “My name is Nabeela Syed. I am a 23-year-old Muslim, Indian-American woman. We just flipped a Republican-held suburban district.”

When most of the so called literate, uneducated, westernised Muslim women, whose role models are in Hollywood and Bollywood, who do not have the strength to bear the weight of dupatta and Hijab, shamelessly pretend to be liberal Muslim, here is a courageous lady who is proud in her Hijab as her face reflects the innocence and faith in Islam.

Nabeela is set to be one of the youngest members of the state’s House of Representatives, joining fellow ‘Gen Z’ Democrat Maxwell Alejandro Frost, who was elected to Florida’s lower house in the recently concluded US midterm elections. She joins Democrats Raja Krishnamoorthi, Ami Bera, Ro Khanna, Pramila Jayapal and Aruna Miller, among others, in the list of Indian Americans elected to office this year.

She attributed her success to ‘relentlessly knocking on doors’ to engage with voters and reaching out to them via mailers and television ad. “I’m feeling very, very grateful,” she told the Illinois-based Daily Herald. “I think we laid it all out there. We communicated our message. We wanted to let constituents in this district know what exactly I would fight for in the state legislature, in our suburban district and the place that I’ve called home.”

-for the sake public awareness