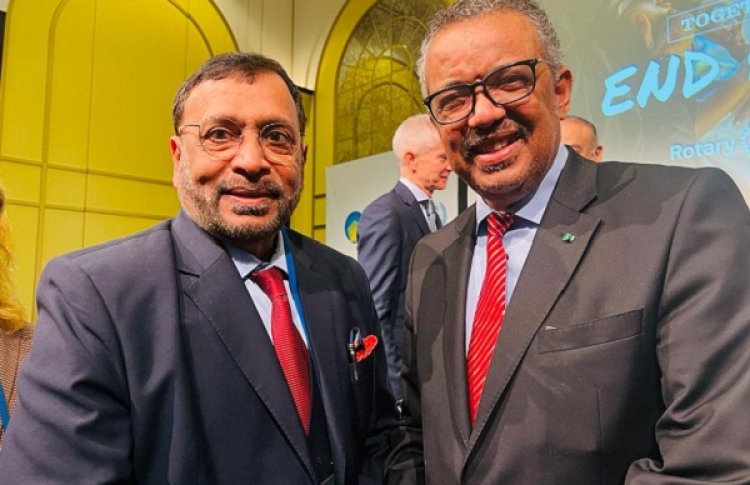 Under the patronages of the World Health Organization (WHO), the three-day World Health Summit 2022 held in Berlin, Germany, from 16 to 18 October. The WHS 2022 aims to bring together health leaders and policy makers from all parts of the world, and representatives working in the field of medicine. Including synergy for global health development and encouraging innovations and innovations for the pandemics that will happen in the coming times.

The theme of this year's Summit is "Finding Solutions for Global Health".

At the opening ceremony, German Federal Chancellor Olaf Scholz said that "networking and good cooperation across national borders is important, especially in the field of global health." And there is a need for exchanges between science, politics and society.

UN Secretary-General Antonio Guterres said that the world should take cognizance of the recent e-pandemic and we should establish such a health system, which every citizen of the world deserves.

WHO Director-General Tedros Adhanom Ghebreyesus said, "The COVID-19 pandemic has exposed the global health infrastructure as fragmented and inconsistent. Dr. Tedros, while speaking further in this episode, said that the whole world will have to come under a new treasure, only then global health can be taken to a new level and a new global approach that focuses on health rather than just treating the sick. Prioritizing the promotion and prevention of disease can be developed.

World Health Summit President Axel Price also called for international cooperation: "At this time, we must work together internationally in an unprecedented way." 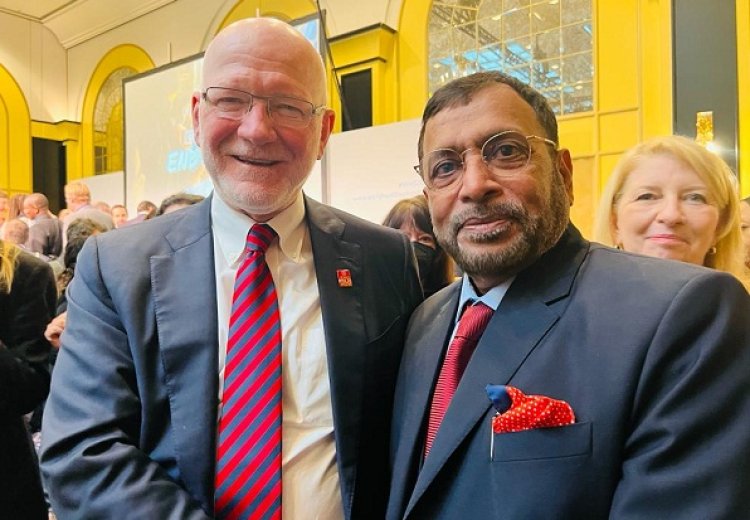 Dr. Balvir Singh Tomar, Chairman of NIMS University from Jaipur. Tomar is also participating in this conference from the side of the World Health Summit, he told that this is the first global level event after COVID 19 in which more than 2000 people working in the field of health of more than 100 countries will participate.  Dr. Tomar told in the discussion that "To save a small disease from becoming an epidemic, we need to educate the people at the grassroot level. So that any kind of epidemic can be prevented from coming and controlled in time. In this episode, WHO's Chief Scientist Dr. Soumya Swaminathan informed the people of the lowest link about the "Social Communication" established by WHO for health related services and information related to the epidemic. Dr. Tomar told The German Chancellor of France, the President of France announced the creation of an epidemic fund with an amount of more than 20000 crores for covid and other pandemics to come, in this episode, Bill Gates and Dr. President of the Melinda Gates Foundation, Bill Gates made the world Announced the creation of a fund of Rs 10000 crore for eradication of polio in the country. Narendra Modi and Honorable Health Minister Shri Mansukh Mandaviya firmly kept the exemplary innovations done in covid, due to which India provided free indigenous vaccine to the whole world. It should be known that due to this vaccination program, India's death rate was the lowest in the world.

Health Summit President Axel Price appreciated the contribution made by NIMS University in the field of health and education.