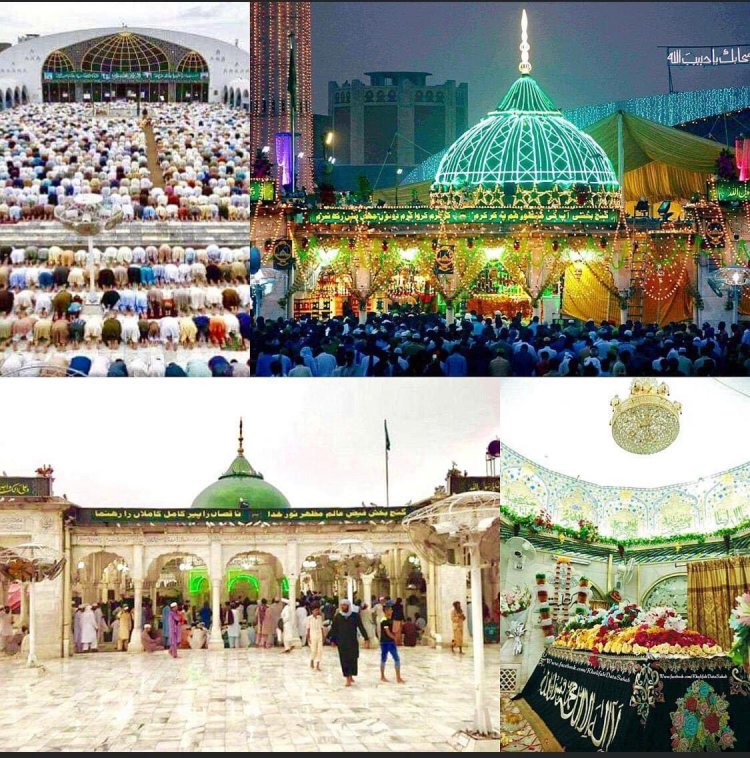 After completing his meditation, Hazrat Khawaja Moinuddin Chisti (Qaddas Allahu Sirrahu) recited the famous couplet while in a trance:

“Ganj Baksh-e faiz-e aalam mazhar-e nur-e Khuda Naqisaan ra pir-e kamil, kaamilaan ra rahnuma”
The giver of bounties, the benefactor of the world [and] manifestation of the light of Allah,
To the beginners, a perfect spiritual guide, and to the accomplished, a guide.

This is why the shaykh is famously known as “Data Ganj Baksh” which means “Bestower of Spiritual Treasures.”

The great shaykh was born in Ghazni, Afghanistan. He was a direct descendant of the Prophet ‎ﷺ (Ahlul Bayt).  He had such a great thirst for knowledge that he travelled to many countries to learn from the greatest shuyukh of his time.  He said that he met no less than 300 scholars in just Iran and learned knowledge from them.

After perfecting himself with external knowledge (Shari’ah), the shaykh made it his mission to find a perfect spiritual guide (Murshid) who could guide him to Allah Subhanahu wa Ta’ala.  He undertook many tough travels to find his guide, Hazrat Abu Fazl bin Hasan Khattali (Qaddas Allahu Sirrahu) who was a pir-e-kamil (perfect spiritual guide) in the Junaidiya Silsila.  He devoted his entire life to the service of his shaykh so much so that his Murshid (spiritual guide) passed ahead while his blessed head was in the lap of Hazrat Data Ganj Baksh Hajveri (Qaddas Allahu Sirrahu).

After his Murshid (spiritual guide) passed ahead, the shaykh travelled to  Lahore, Pakistan. His only mission there was to spread Islam and he brought a large amount of people to Islam and accepted their bayah (allegiance) to him as their spiritual guide.

He was a great Islamic scholar as he wrote many books.  The most famous is “Kashf al-Mahjub,” (Unveiling the Veiled) which is the oldest manual on Sufism in Persian.  Some shuyukh have said that for those who don’t have a Murshid (spiritual guide), the book, Kashf al-Mahjub could be their guide if they are sincere.

The maqam of Hazrat Data Ganj Baksh Hajveri (QSA) lovingly known as “Data Darbar” continues to attract a large amount of visitors due to its magnetic spiritual force.