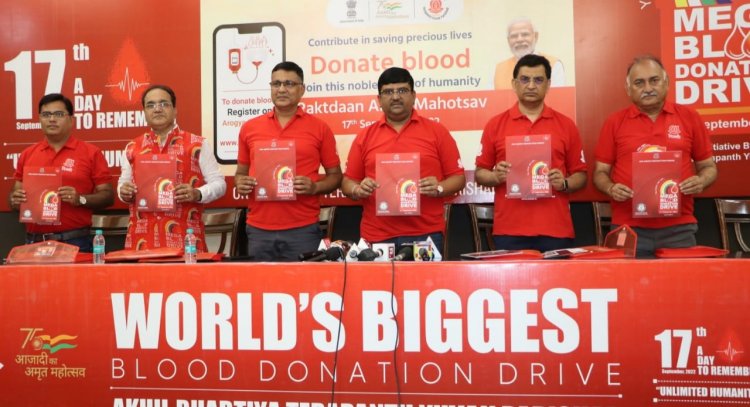 More than 2 Thousand Blood Donation camps and a target of 1.5 lakh units of blood donation

The world's leading blood donator organization, Akhil Bharatiya Terapanth Yuvak Parishad with positive and active collaboration of thousands of youths filled with dedication, energy, enthusiasm and patriotism is accumulating the strength of more than 350 branches spread across cities, metros, towns and far-flung rural areas of the country in launching the mega blood donation campaign named “Mega Blood Donation Drive” (MBDD). It is a huge step towards creating “History in Blood Donation” on 17th September 2022. The target is to organize approximately 2000 Blood Donation Camps through Indian Citizens living in the country and abroad to donate more than etimated 1,50,000 units of blood. A particularly noteworthy aspect is that 36 blood donation camps are being organized in approximately 18 countries outside Indian imbibing the spirit of "Vasudaiva Kutumbakam", a venerable eternal heritage, is being embodied. 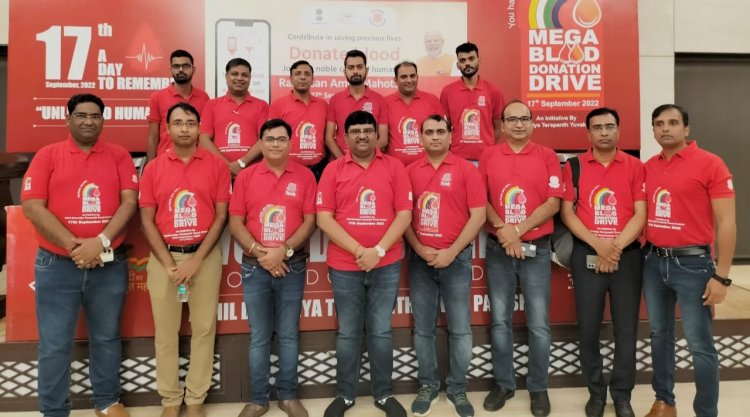 We are all aware that there is a huge shortage of voluntary blood donation due to the fear of pandemic Covid-19 which has affected the entire world with its brutal grip for the last two-three years. The general population was at risk of coming into contact with the hospital, treatment equipment and medical personnel. In such conditions, it is common to see shortage of blood in blood-banks and other blood-bank related units. The relatives of a patient in need of blood has to first deposit their blood in the blood bank and then get the required unit of blood as replacement. In some cases, the patient's relatives are ready to donate their blood but the blood of the required blood group is not available in the blood bank and the situation becomes complicated. As known, there is no alternate to blood.

In country like India with a population of over 135 crores, there are approximately 52 crores of healthy people and eligible blood donors. If they voluntarily donate blood, there will never be a shortage of blood in the country's blood banks. According to blood donation rules in India, any healthy person between the age of 18 to 65 years can donate blood voluntarily every three months. The point to be noted in this context is that the process of new blood formation is continuous in the bone marrow of every human body i.e. old blood cells make room for new blood after completing their lifespan of approximately 120 days. Approximately 5 to 6 litres of blood is always flowing through the veins in our body.

A.B.T.Y.P.’s National President, Mr Pankaj Daga said that under the leadership of Honourable Prime Minister Shri Narendra Modi, we have won the war against Covid-19. Every citizen of the country is also safeguarded by the free vaccination organized by the Government of India. Death is an eternal reality but it is our moral responsibility to collect blood in the country's blood banks through voluntary blood donation to avoid any person from dying prematurely due to scarcity of blood. With the objective of creating awareness among the mass and motivating them to donate blood voluntarily, a blood donation campaign is being conducted on 17th September 2022 in every state and union territory of the country. Organized on a single day in such a large scale, this Raktadaan Maha Abhiyan will be the first ever in the history of blood donation in the world and will be an empowering and impactful step for A.B.T.Y.P. to create history. A point to note here is that, on 6th September 2014, this organization got its name in the Guinness Book of Records by organizing 682 blood donation camps at 286 locations in the country and collecting 100212 units of blood. A special feature of this is that the Akhil Bharatiya Terapanth Yuvak Parishad is celebrating its 58th Foundation Day on 17th September 2022. Coincidentally it has added significance to the day as a celebration of the 72nd birthday of our Hon’ble Prime Minister Shri Narendra Modi contributing to this noble cause.T 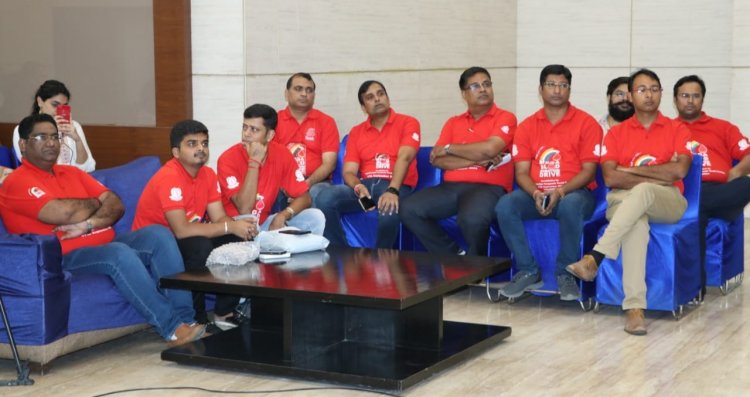 he National General Secretary of the organization, Mr Pawan Mandot, said that for the last four months, members of more than 350 Terapanth Yuvak Parishad branches, with thousands of volunteers are working selflessly and tirelessly with a great purpose to make the above campaign a success: have been Meeting the Ministers, Chief Ministers, Politicians, High Government Officials, Executive Officers of different companies and Corporations, Famous Actors, Motivational Gurus, Religious Organizations and religious teachers as well as the common people of all the states and motivating them to donate according to their best ability and merit in this unique sacrifice of human service. It may be noted that so far hundreds of leaders, actors, religious teachers, different NGOs like – Robin hood Army, Marwari Yuva Manch, Bharatiya Janata Yuva Morcha, Aga Khan Society, Indian Red Cross Society, Sewa hi Sangathan, Kachch Yuvaka Sangh, Rotary Club, Lion’s Club, B.J.S, JITO etc. along with Department of Health and Family Welfare, Government of India and Ministry of Railways have given full moral support. To motivate Blood donors, a systematic approach has been adapted and various branding materials like – blood donation related songs, mobile caller tunes, table top, t-shirt, dupatta, kurta, jackets, hat, water mark on bills and receipts, motivational announcement at railway stations, ball-pen, creating copies etc. have been created.

Hitesh Bhandia, National Coordinator of ABTYP's flagship project “Mega Blood Donation Drive” (MBDD) said "Our aim is not only to collect blood through blood donation but also to build a data-bank on e-blood cells and dedicate it to the country so that in future emergency situation, the blood donors can be reconnected and the blood requirements can be fully met". He also said that by instilling a sense of patriotism in the minds of the blood donors, the donation of life through blood donation is the most precious gift of all. Blood donation is a donation of life to those in need.

Saurabh Patawri, National Co-Coordinator of “Mega Blood Donation Drive” (MBDD) discusses the massive support MBDD has received – we have had the opportunity to work under the logo of the Department of Health and Family Welfare, Government of India and with-it prestigious government bodies like the National Health Mission as well as the State Blood Transfusion Council. It is a matter of great respect and pride for us to have the full support of the institutions," he said. Also, announcements encouraging blood donation are also being made at every railway station by “Indian Railways”, the largest railway network in the world, to promote this Blood Donation Campaign.

Founded under the visionary inspiration of Rashtrasanth Acharya Tulsi, raised by the Amritamayi Preksha achievements of Preksha Praneta Acharya Mahaprajna, Dedicated to human service under the spiritual guidance of Yugapradhan Acharya Mahashraman, Akhila Bharatiya Therapantha Yuvaka Parishad (ISO certified) has established its unique identity in the public domain with its multi-dimensional services as well as through Terapanth Dharma Sangha. Here are a few selected philanthropic activities undertaken by this non-government organization.

- Public service through Terapanth Task-Force, in case of natural calamities like flood, earthquake. Youth trained by the National Disaster Response Force of the Government of India will be inducted into this task-force.

It is appropriate to look at some achievements of the organization in the field of blood donation.

• On 6th September 2014, 1,00,212 units of blood were collected through 682 blood donation camps in 286 regions of the country and entered the Guinness Book of World Records.

IOS Lecture on Challenges faced by Minorities in the Current...