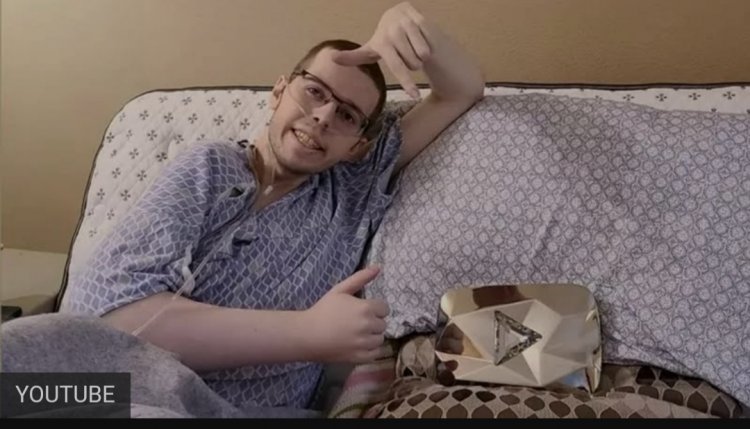 Minecraft YouTuber Technoblade has died aged 23, his family have confirmed in an emotional farewell video posted on his behalf.

The video, entitled "so long nerds" and posted to his 10 million followers, showed his father calling him "the most amazing kid anyone could ever ask for".

The US internet personality rose to fame livestreaming and posting clips of himself playing the sandbox video game.

Last year, Technoblade revealed to fans he had been diagnosed with cancer.

The farewell message, written hours before his death and read by his father, began: "Hello everyone, Technoblade here. If you're watching this. I am dead."

He went on to reveal that his real name was in fact Alex, reminiscing about the time he had pranked viewers into believing his name was Dave.

"Thank you all for supporting my content over the years," he continued. "If I had another hundred lives, I think I would choose to be Technoblade again every single time as those were the happiest years of my life.

The online star, who won Minecraft tournaments and legions of fans talking about his life in a humorous way while playing the game, explained in a fundraising video posted in February that he had undergone chemotherapy, radiation therapy and a limb salvage operation after developing a painful tumour in his right arm.

He disclosed his cancer diagnosis in August 2021, explaining that he initially thought the pain he was feeling was from a repetitive stress injury due to excessive gaming. After his arm became swollen he went to hospital and was subsequently diagnosed with cancer.

Little is known about Technoblade, who kept his true identity concealed until the end. But his online avatar was a picture of a crowned pig.

He has 10.8 million subscribers to his YouTube channel, where he bio reads: "I play video games too much. I might not be the best, but I do have hot elbows."