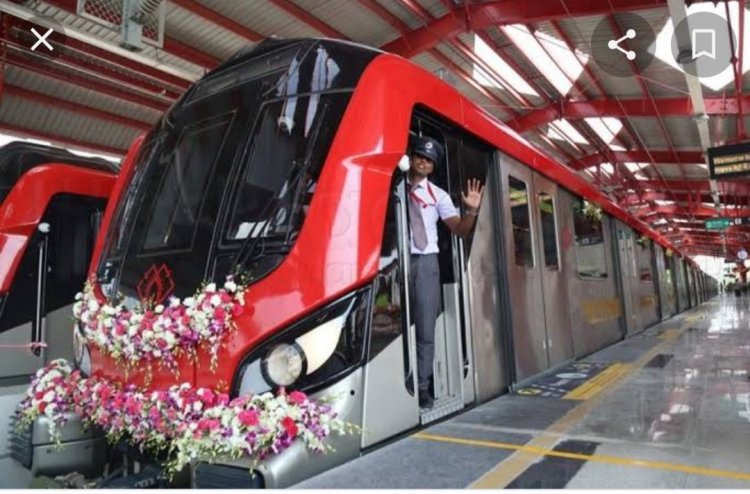 Uttar Pradesh Metro Rail Corporation Ltd’s proposed East-West Corridor from ‘Charbagh to Vasant Kunj’ part of Lucknow Metro’s second phase was submitted to the Government of Uttar Pradesh (GoUP) after updation. The total route length of East-West Corridor from ‘Charbagh to Vasant Kunj’ will be 11.165 km of which elevated length will be 4.286 km while underground length will be 6.879 km. The total number of stations in this corridor will be 12 comprising 7 underground and 5 elevated stations. The estimated time of completion of this proposed corridor is 5 years.

The names of 12 Metro stations of East–West corridor are mentioned below:

The East-West Corridor of Lucknow Metro from ‘Charbagh to Vasant Kunj’ will provide connectivity to prominent places of old Lucknow like Aminabad, Chowk, etc. It will also connect other congested areas along its route and provide accessibility to the people of Lucknow. The Charbagh station will act as a junction for both the corridors of Lucknow ie. North-South Corridor & East-West Corridor.

The Depot of this corridor will be constructed at Vasant Kunj. The estimated capital cost without taxes for constructing this 11.165 km long corridor in February 2019 was Rs 3786 crores which has escalated to Rs 4264.89 crores. This change in cost is in sync with the current inflation rate as per government guidelines.

DPR has been also upgraded with 750 DC traction system which is being followed in Kanpur & Agra Metro project mainly due to severe OHE flashing problem occurring as a result of metallic wire in kites being faced in Lucknow Metro project.