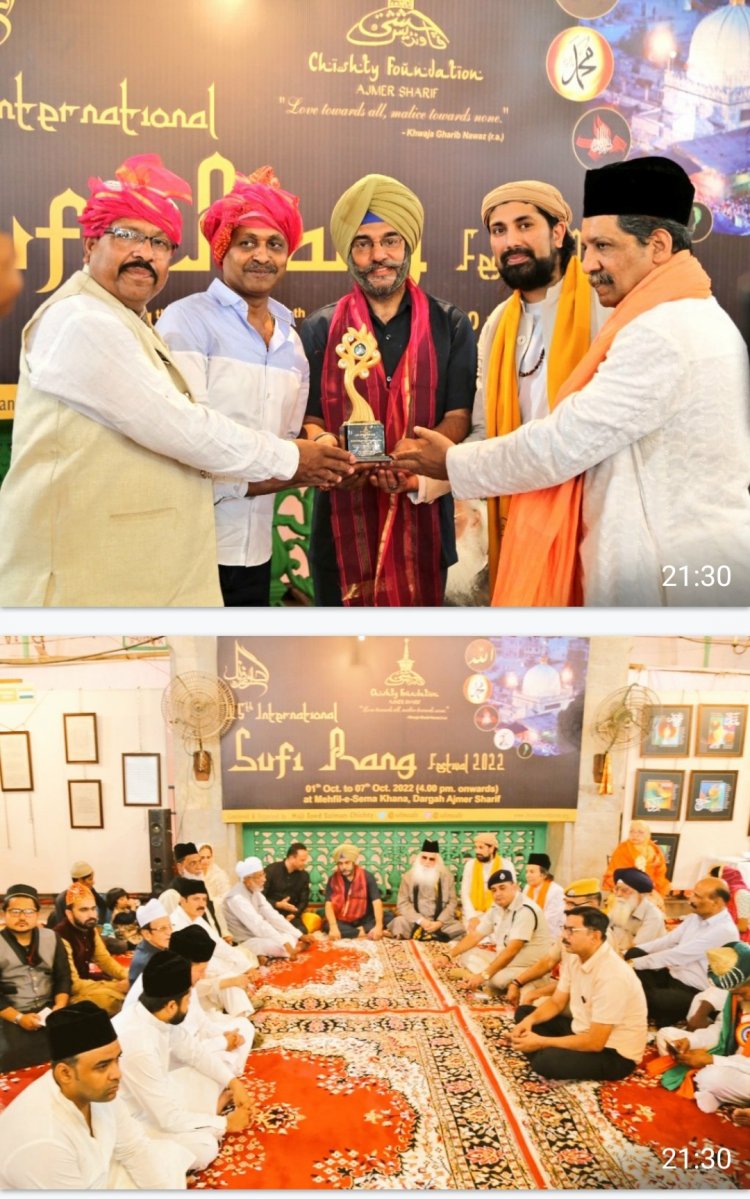 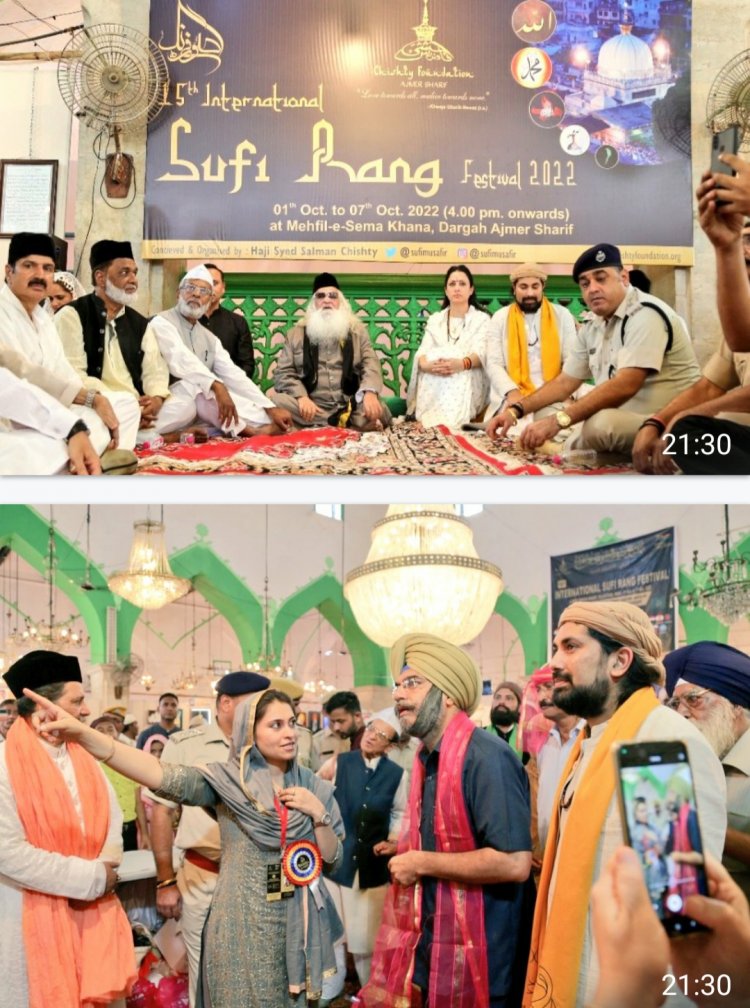 A number of artists from different countries are also participating in this week-long exhibition of Sufi art of calligraphy, Sufi poetry, Sufi music (Simaa and Qawwali) which is slated to conclude on 7th October.

In his remarks, IG of Ajmer District, Shri Rupender Singh, Ajmer District highlighted the significance of this Sufi Rang Festival in strengthening the national integration and socio-religious and communal harmony. "We need to make concerted efforts to keep alive the collective spirit of the nation through the great art exhibitions such as the International Sufi Rang Festival", he said.

Ms. Rouble Nagi, famous Indian visual artist and founder of Rouble Nagi Art Foundation popularly known as "the Slums' Queen" congratulated the Chishty Foundation for organizing the exhibition and emphasized the role of young artists in the nation-building and spreading educational awareness through creative arts. "Art is a great medium that breaks all barriers. One of the finest examples is this annual exhibition of Sufi arts which helps the Indian community at large to form an organic unity and cultural solidarity", she avered.