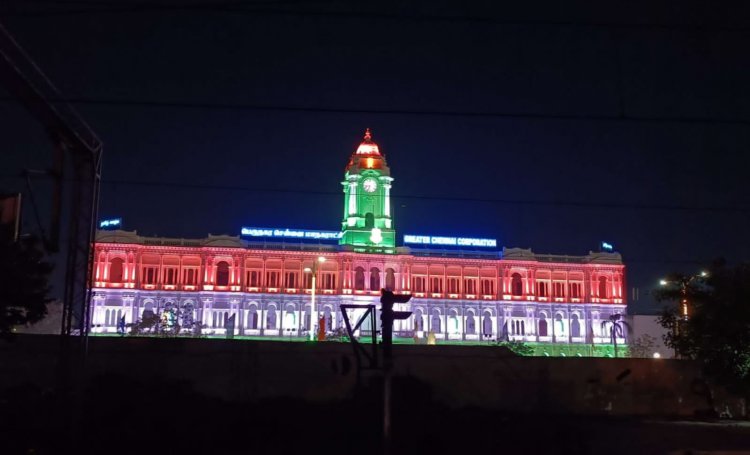 On the auspicious day of 15 August, when the nation celebrates 76th Independence Day, its time for countrymen to reflect upon the sacrifices that our forefathers made to get us independence from the colonial rule of British and lay the foundation of a democratic, socialist and secular nation, providing dignity and equal opportunities for all its citizens. While the first goal was achieved on this day in 1947, but have we as a nation achieved the goal of a truly democratic, socialist and secular nation with inclusive growth and equal opportunities for all?
The values, systems and institutions that enable all people to participate in social, economic, cultural and political life based on equality of rights, equity and dignity are fundamental to a progressive and inclusive society. protection of human rights, as well as respect for and value of dignity of each individual, diversity, pluralism, equality of opportunity, solidarity, security, and participation of all people, importantly the disadvantaged and vulnerable groups are the signs of progress and inclusivity, and perhaps that’s the reason we have these values enshrined in our constitution.
If this is the prescription for nation-building then the question arises, is our nationalism progressive enough to respecting and valuing the biggest strength of the nation, i.e. social and cultural diversity or is it stuck in the archaic thoughts of monolithic society, where one idea, one culture, language, food or dress is preferred over the others?
And what has been our progress in the last 75 years in terms of promoting social and cultural diversity, providing basic amenities and equal opportunities to masses, and our economic, industrial and technological growth?
Progressive nationalism will not just affirm its commitment to the Indian nation, abstractly by installing towering flag poles or merely taking selfie with the Tiranga, and posting them on social media. Progressive nationalism by all means is about staying true to Gandhi’s talisman: “Whenever you are in doubt, or when the self becomes too much with you, apply the following test. Recall the face of the poorest and the weakest person whom you may have seen, and ask yourself, if the step you contemplate is going to be of any use to him or her? In other words, will it lead to swaraj for the hungry?”
Nationalism is when the self is committed to the betterment of others, to the most underprivileged and unserved or underserved. India from its customs to costumes is an ocean of traditions, beliefs and languages, and that’s what have always contributed to its progress, and economic and social prosperity, and respect in the comity of nations.
The inclusivity we enjoy, the differences we value, the freedom we exercise, and the relations we treasure. Our common heritage as national identity is actually our diversity.
We were nationalist enough when we revolted against British Government, and reclaimed our nation, our identity and our freedom, which we are celebrating today. It is actually a terrible mistake to equate nationalism with something else, which does not value the human dignity, rights of equality and the cultural diversity. Our national identity is grounded in India’s constitution, good governance, individual rights, the checks and balances of government, freedom of speech and the civilizing role of religion in the civil society.
For a nation as big and diverse as India we can no longer focus on growth and ignore the distribution of growth when the two are inextricably linked. GDP alone cannot be a measure of growth when it is about people’s wellbeing, equality, justice and sense of empowerment. Real progress is about inclusive growth, and different from skewed industrial development and financial figures. Good governance and the capability of the government to retain the trust of the citizens inculcates the sense of belongingness to the nation.
A man should not just exist in a nation, he should feel truly being a part of it. Tricolour should not just be a symbol but an inscription of love for nation engraved on the hearts of its citizens. Care of its people by the Government, especially the poor, weaker sections, women and minorities, and the faith of the people in the system, is the true test of the progress we as a nation have made in the 75 years of our independence.
Happy Independence Day.

Tiranga Padyatra and poetry were organized on the birthday...