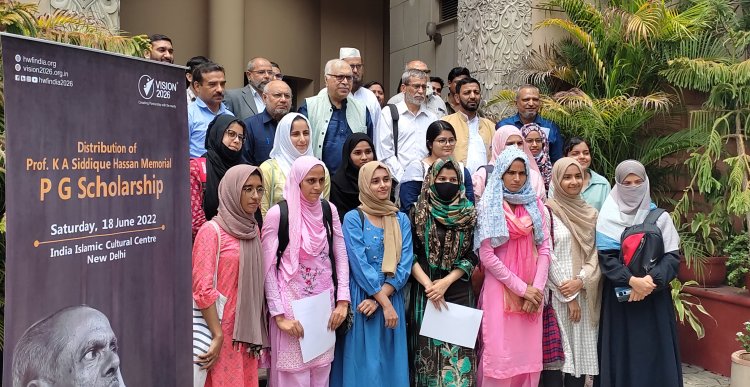 New Delhi, 18 June, 2022: Have you ever wondered why all philanthropic activities start from the South and why North India remains behind? If Al-Shifa Hospital has to be built in Delhi, Prof KA Siddique Hassan Sb had to come from Kerala, said Dr SY Qureshi, Former Chief Election Commissioner. 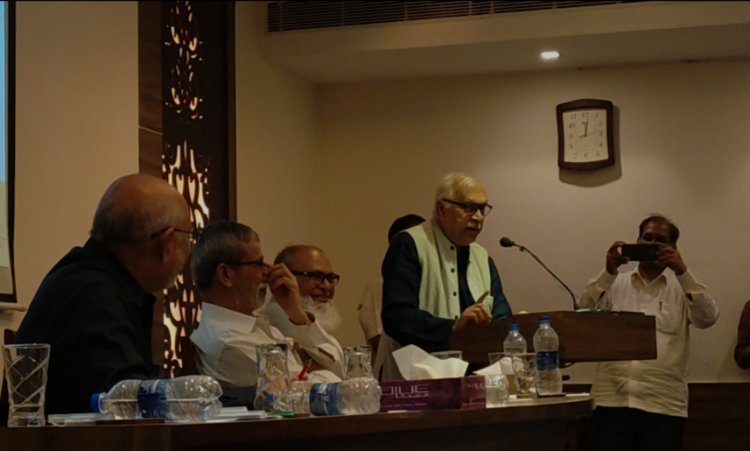 Speaking on the occasion of Prof K A Siddique Hassan Memorial PG Scholarship Distribution Function organized by Human Welfare Foundation, at India Islamic Cultural Centre, New Delhi, Dr Qureshi said that the most worrying fact is that today Muslims aren't following the teachings of Islam. Islam's first commandment was to read, but they are far away from education.

Dr SY Qureshi was the Chief Guest on the occasion in which two major projects of Human Welfare Foundation under the aegis of Vision 2026 were announced.

"Despite discrimination, if you are good at what you do, you will get opportunity and only quality education will bring that change. The practice of fictitious degrees in northern India is destroying generations. I am pleased that the Human Welfare Foundation has taken practical steps for quality education, which are proving fruitful," Dr Qureshi added.

Dr. Siraj Hussain, IAS (Retd) Chairman, Human Welfare Foundation, in his presidential address said that education as a sector has taken a hit in the last couple of years. 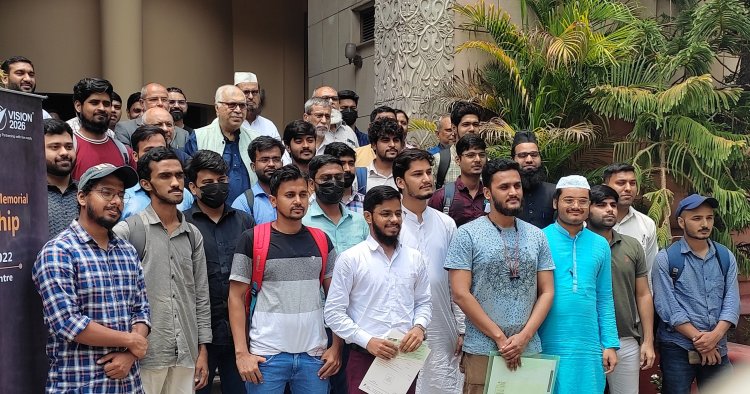 Quoting the Annual Status of Education Report, he said that the enrolment in private schools has gone down due to financial crisis. This happened after many decades. Offline classes are yet to start in prominent universities. Quality of education is going to be big challenge in the coming times.

"In my interaction with the students receiving the scholarship today, I observed that the students are all committed towards their academics," Dr Siraj Hussain said.

He wished the students willing to pursue civil services and journalism to show true dedication, which can only bring success. He also reminisced his association with Prof KA Siddique Hassan Sb and said that the scholarships and the newly announced projects are a glowing tribute to the great personality.

H Abdul Raqib, Trustee, Human Welfare Foundation, and Chairman, Indian Centre for Islamic Finance (ICIF) addressing the gathering said that he had the opportunity to work with Prof K A Siddique Hassan for five decades in different capacities.

"Prof. Siddique Hassan was an admirer of talents, and took them along and always paved way for them to serve the society," H Abdul Raqeeb said.

"Under the Vision 2026, he envisioned and established many NGOS. Professor Siddique Hassan's dream was to explore the potential and immense opportunities in the community and make it beneficial for the upliftment of the marginalized sections," He added.

A new award has been constituted for the NGOS and Social Engineers. The Best NGO and Best Social Engineer Award' will be given to an NGO and an individual, selected by the Jury, who are doing well in social and humanitarian sector with a cash award of Rs. 500,000 and Rs. 100,000 respectively.

Announcing the projects, he said, "Fifteen years ago today, under the leadership of Prof. Siddique Hassan, a whole team was formed and we have come a long way learning many things. The biggest achievement of Prof. Siddique Hassan was shifting the focus of South Indian Muslims towards the North and diverting the resources. He always said that only through changing the North, India can change."

Another important project which was announced today is an Academic Publication on the topic - Pragmatics of Community Empowerment in India: Contributions of Prof. K.A. Siddique Hassan. A national seminar will be organized in which researchers and academicians will present papers on various aspects of Prof K A Siddique Hassan's interventions. The proposed publication will be an asset for the coming generations to understand and be guided by his life experiences and interventions.

On this occasion, the CEO of Human Welfare Foundation, PK Noufal presented the performance report of the foundation.

Appreciation of Administration for Patience to Maintain Peace.IMPAR