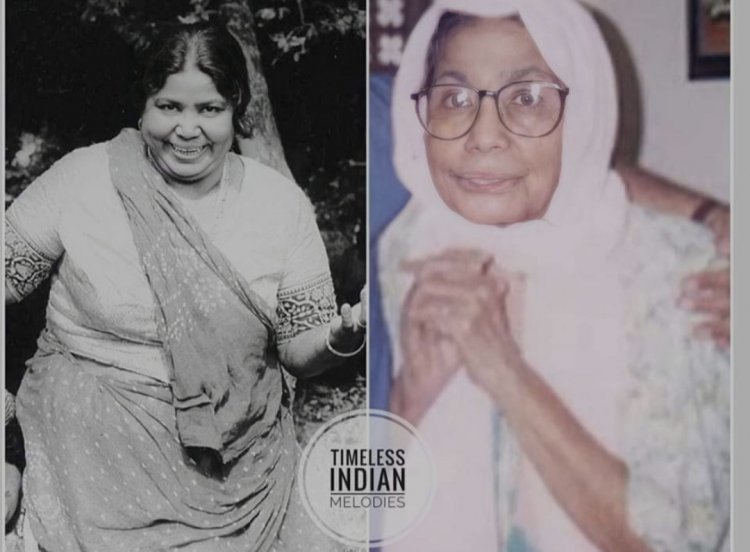 She arrived in Bombay (Mumbai) at the age of 23, having run away from home, and knocked on composer Naushad Ali's door. She told him that she could sing and that she would throw herself in the ocean if he didn't give her a chance. He auditioned her, and hired her on the spot. She made her debut as a solo playback singer in Nazir's Wamiq Azra (1946).

In 1947, she had huge hits with "Afsana Likh Rahi Hoon Dil-e-Beqarar Ka", "Yeh Kaun Chala Meri Aankhon Mein Sama Kar" and "Aaj Machi Hai Dhoom Jhoom Khushi Se Jhoom", which she sang for actress Munawar Sultana in A.R. Kardar's Dard (1947).In fact, a gentleman from Delhi was so enamoured by her song "Afsana Likh Rahi Hoon", that he stayed with her in Bombay. They got married, and the couple had two daughters and two sons; her husband, whom she called Mohan, died in 1992.

Moreover, in the following years, owing to her older style of singing and limited vocal range, she found it difficult to compete with the rising singing stars Lata Mangeshkar and Asha Bhosle. Eventually Naushad suggested that she take up acting, because she had a very bubbly personality and wonderful comic timing. She was inspired and awestruck by Dilip Kumar and had a wish, maintaining it stubbornly that in her first film, she would act alongside him. Knowing about this crazy love for Dilip Kumar, Naushad asked Dilip Kumar, who was his friend, to cast her in one of his films, and she appeared in Babul (1950) with him, which had Nargis as the lead actress; it is he who renamed her "Tun Tun" to suit her comic persona, the name stayed with her, and a comedic legend was born.