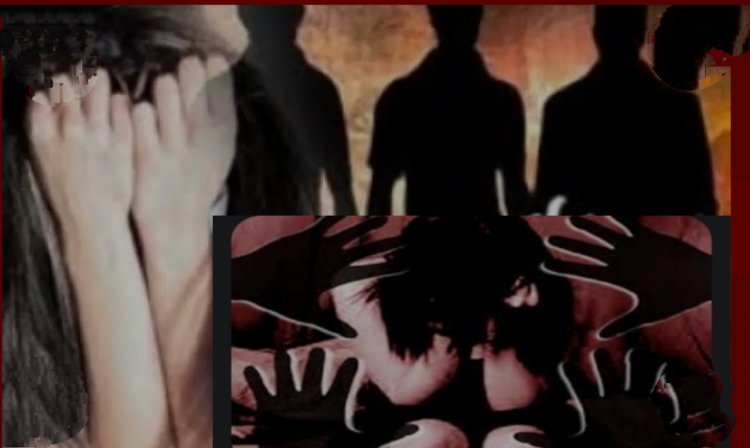 A 30-year-old woman was gang-raped by two railway employees in a train lighting hut meant for railway electrical maintenance staff while two others guarded the room at New Delhi railway station premises in the wee hours of Friday, the Delhi police said on Saturday.

All four railway employees have been arrested in connection with the crime that came to light after the woman made a call to the police at around 2.30 am on Friday.

One of the arrested men, identified as 35-year-old Satish Kumar, has been known to the woman for the past two years. He introduced himself as a railway employee to the woman. Kumar told her that he could arrange a job for her in the Indian railways.

The other three arrested men, identified as Vinod Kumar, 38, Mangal Chand Meena, 33, and Jagdish Chand, 37, are friends of Kumar. All four are employees of the electrical department of the Indian Railways, said deputy commissioner of police (railways), Harendra Kumar Singh.

The station house officer (SHO) of the police station, along with a woman constable and other personnel, met the woman from Faridabad at her location. She told them that she was separated from her husband and was fighting a court case for divorce. Around two years ago, she came into contact with Satish Kumar through a common friend. He told her that he was a railway employee and could arrange a job for her too. Both continued talking on the phone," said Singh.

The DCP added that Kumar had asked her to attend a party at his home on account of his son's birthday as well as the purchase of a new house.

She came via metro at Kirti Nagar at around 10.30 pm, from where she was picked up by Kumar and brought to platform numbers 89 of the New Delhi railway station. She was asked to sit in a hut meant for electrical maintenance staff, the DCP said.

"Kumar and his friend came to the room, bolted the door from inside, and took turns sexually assaulting her. Two of their accomplices facilitated the assault by guarding the room from outside," the DCP added.

On the basis of the complaint of the woman, a case of gangrape and wrongful confinement was registered. All four suspects were arrested within two hours of the report of the crime. They were produced before the Delhi court concerned that sent them to jail. No previous involvement of the arrested men was found, the police said.

A seminar was held on Continuing Medical Education Program on Legal Opinion on Rights...

Three soldiers died after slipping into gorge in UT Jammu...