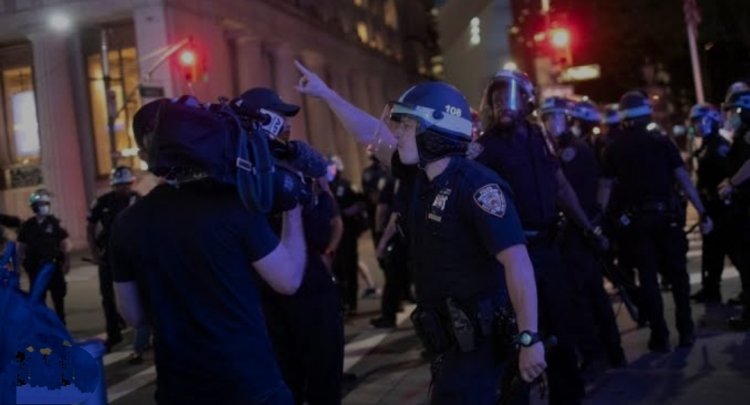 Legislation and its implementation are very significant in any society, country and organization for the preservation of peace, security and the protection of human rights. Every institution is guided by rules and regulations. Laws and the Constitution are framed to run every ordinary institution and country so that a well-organized course of action is in place to ensure peace, security and complacency for everyone. Therefore, laws are defined as a system devised on the basis of accumulative principles, which any institution enforces to organize a particular society; this serves as the foundation of the collective attitude, affairs and performance of any society.

In other words, it can be said that law is a system of customary rules and order that encompasses fundamental laws, framing of laws, judicial opinion, premier courts of justice and governmental control and which is enforced on society or executed (when it is required and the extent to which it is required) by exercising state power.

Law is applied to the whole society. Therefore, it affects each individual in society. For example, there is a law called “pledge” that regulates every commodity which is for sale, whether it is a media house, organization, or some exchange bought from a stock market. Similarly, laws regulate matters and obligations related to sales, purchase and rent-related matters of immoveable property like houses, buildings, or any other kind of property, etc. So, to conduct the system of a country’s laws, which are guided by different theories, they have been promulgated, and all possible measures are undertaken to enforce them. Several institutions work to make certain that laws become effective. Many institutions are established permanently to ensure that laws are abided by; in some cases, positive results come out, whereas in some other cases, lawlessness is witnessed while unrest thrives.

India is one of those countries where a comprehensive Constitution is in place, which grants equal position to the followers of all religions and to all those people who belong to different castes, races, and linguistic groups. Fundamental rights have been conferred on each individual. Freedom, justice, equality, and fraternity are enshrined in the Constitution of India. No one is given supremacy and power over others. No one is above the law. In the eyes of the law, the ruler of the day with authority is on the same pedestal as any common man. What distinguishes India on the global scene is the existence of democracy, law, and a comprehensive Constitution. However, the other side of this phenomenon looks disgraceful and deplorable when discrimination is observed in enforcing the law. Law is applied differently, showing consideration to caste and religion. Crime committed is the same, but one gets punishment while the other blamed for the same crime is exonerated. Thus begins the chain of anarchy, unrest, and disorderliness. If legislation is essential for the success of a country and society, enforcement of laws with justice is comparatively a far greater requisite. Justice is to be imparted in accordance with the Constitution. When religious considerations come to play in the implementation of the law, a list of crimes is prepared, taking into account the accused person’s caste, race, and region; the law is enforced by looking at the identity, social status, and religion, which instead of a reduction in the crime rate, leads to increase in crime. Criminals go scot-free. It has been observed that, in the prevailing conditions, the targeted individuals get scared, while on the other hand, ‘the other’ community takes the law into its own hands and starts imposing law without reporting the matter to either police or administration, thus initiating action on its own; such elements consider themselves above the law and thus from this point starts the shredding of law. Then follows a period of anarchy that gets spread all over and consequently, lawlessness increases.

It has been observed in recent times that our country’s law enforcement institutions are working under pressure. In similar cases, action is initiated against an individual, who usually belongs to the marginalized section, while no action is taken against another person belonging to privileged sections of society. There are several matters which are legally right and contain no illegal element, but on some individual’s complaints, the police administration declares the matter illegal and registers a case and sends that person to jail. In certain cases, miscreants take the law into their own hands, declare someone a criminal, subjecting him to unauthorized interrogation, and then start beating him up. Police do not subject these miscreants to any interrogation as to why they displayed the guts to take the law into their hands, nor do the police initiate proceedings against such miscreants and criminals. In recent times, we have come across several such incidents, which we will mention here briefly. One of these is offering prayer (salaat) in public places, which is not a new phenomenon and nor does it hurt the sentiments of somebody. Followers of different religions observe their rituals in public places, like parks, roads, official spaces, etc. Mutual respect has been a special identity of India, but now cases are being registered against individuals found praying at railway stations or platforms. People belonging to ‘the other community’ also perform pooja on roads, display their religion and publicly carry out their religious rituals, but no objection is raised against all these practices.

Another tragic incident is related to Uttar Pradesh, where some teachers accused a 15-year-old student of stealing a watch, and thereafter they took him to a room which they closed from inside, and three teachers started beating him up violently to the extent that the poor student died of the severe thrashing he was subjected to. Why did this crime against a minor take place? Why did these teachers take the law into their own hands? Another case is related to Vaishali District, situated in Bihar, where some people were found begging. Soon the members of Bajrang Dal swung against them and started an investigation and thrashed them in a wild manner.

These are just a few examples; the list is very long that exhibits differential treatment of people belonging to different sections of society. It shows how even when the crime is similar, punishment varies. We may here cite the case of Nupur Sharma and Mohammad Zubair as an example. This is disappointing that the one who committed the crime is not arrested while the one who exposed the crimes was put into jail.

The pertinent question is why there is a disparity in the enforcement of the law. Why the law is not applied to all persons in an equal manner? Why there is no uniformity in the implementation of law in cases of similar nature? Why the law is enforced by taking into consideration one’s caste, prestige and position? Why is it that instead of looking at the nature of the crime and its serious repercussions, action is taken by taking into account the culprit’s position and status? Why in a democratic country that the law is not given importance in a democratic manner? Why do the institutions that are supposed to be the custodian of law themselves allow the law to be torn into pieces? The Preamble of the Constitution of India includes equality, freedom, justice and fraternity, but despite all this, it is not practiced. People are not treated with equality, freedom and justice.

To strengthen democracy, the development of the country, the prosperity of the people, and to obtain global identity and international prestige, it is essential to enforce the law with equality and justice. In the recent past, a statement from the Hon’ble Chief Justice of India has appeared, saying that democracy will stay and become strong when everyone participates in democracy and every citizen gets complete freedom of expression. Besides this, progress and prosperity in a democracy are possible only when everyone gets partnership in the economy, which is not monopolized by a few people. In a country where the economy is controlled by a few particular individuals, democracy becomes weak, and the course of development and prosperity comes to an end.

(The writer is General Secretary of All India Milli Council)

What should Guide Us: Indian Constitution or Manusmriti