NEP 2020, which is giving life to several Fascists Hindutva agenda under the garb of Indianisation of Education. RSS, the father organization of BJP which was already inculcating Hindutva minds... 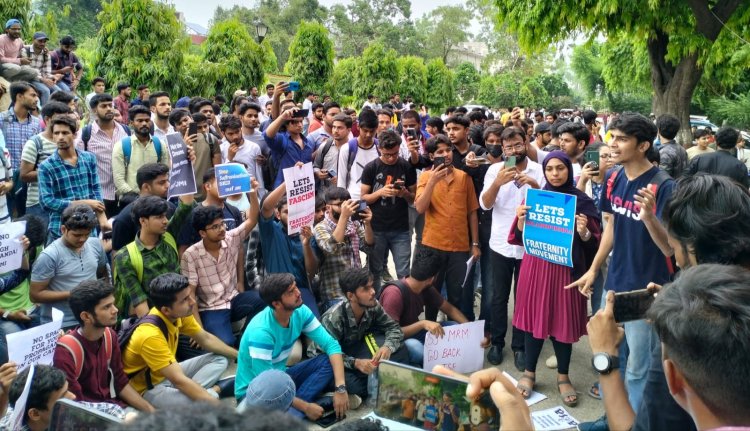 New Delhi, 4th August, 3022: Since BJP came to power it deliberately tried to push Hindutva agenda in Educational spaces. It is not hidden now after the release of NEP 2020, which is giving life to several Fascists Hindutva agenda under the garb of Indianisation of Education. RSS, the father organization of BJP which was already inculcating Hindutva minds through it's thousands of private run Educational Institutions is now trying to do the same through public educational institutions. 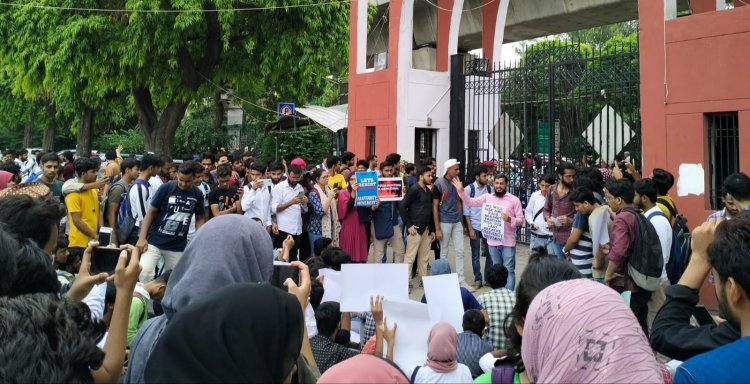 On 4th August, Jamia Millia Islamia announced for a seminar to glorify Modi Government as a part of Azadi ka Amrit Mahotsav celebration with Shri Arjun Munda, Minister of Tribal Affairs and Shri Indresh Kumar, Margdarshak, Rashtriya Muslim Manch. A Higher educational institution should always be the place for research and innovation but the government is using it as a political party space has been strongly opposed by SIO Jamia Millia along with other students organization active in the campus in a protest gathering organised at Central Canteen, Jamia Millia Islamia.

Swaleh Ansari, secretary, SIO Jamia Millia Islamia addressed the gathering and said that since several years Jamia Admin is just fulfilling the demands of a saffron party. Rashtriya Muslim Manch which was founded after 2002 Gujarat violence to whitewash the crimes of BJP government is now attempting in a Minority Institution like Jamia Millia Islamia can't be accepted and therefore we organized this protest gathering.

Zaika Aur Zabaan 2022, A Festival of Culture, Cuisine and...