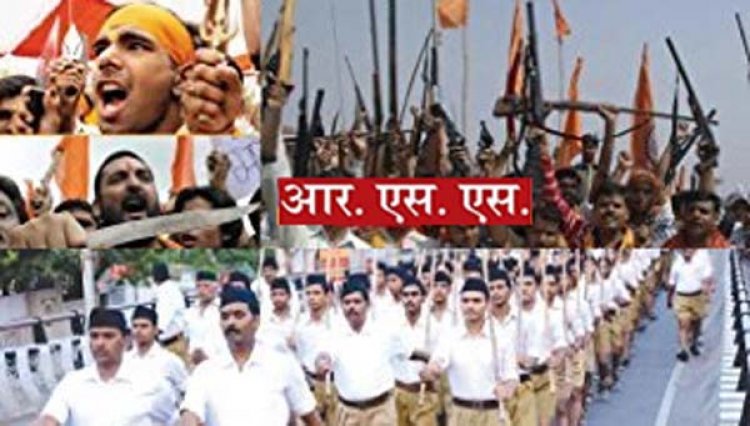 Recently five eminent Indian Muslim intellectuals - former Chief Election Commissioner S.Y.Quraishi, former Delhi Lt Governor Najeeb Jung, former Deputy Chief of Army Staff, Gen Zameer Uddin Shah, former journalist-public figure Shahid Siddiqui and leading businessman Saeed Shervani, met the RSS Sarsanghchalak (supreme leader) Mohan Bhagwat. This meeting took place at their request in the wake of the Nupur Sharma episode when the insecurity among the Muslim community was worsening. They don’t claim to be representatives of the Muslim community. In their anguish, in the background of rising hate, marginalization, and use of bulldozers on mosques and madrassas, they shot off a letter to Bhagwat who met them after a month or so.

Later Bhagwat also visited a mosque and a madrassa in Delhi. In their discussion the five Muslim intellectuals showed their anguish at Muslims being called jihadis and Pakistanis. Bhagwat, in turn, reportedly said that Hindus feel offended when they are addressed as 'kafirs' and when they see the slaughter of cows, which are sacred to Hindus.

The five explained - according to some reports - that kafir is not a word meant for Hindus, and will urge the community to stop using this word for Hindus. They also offered that as far as they are concerned the total ban on cow slaughter was fine and the rule of the law should be abided by if such a law is made all over the country.

Quraishi also dispelled Bhagwat’s notion that Muslims marry four times; his book (The Population Myth) brilliantly dispels the notion that Hindus will become a minority in India. Hopefully, Bhagwat will get time to go through his book and pass on the message of the book down below to Sangh Parivar, the fraternity of right-wing Hindu organisations.

The step taken by both the leading Muslim citizens and RSS chief needs to be appreciated at one level as any dialogue process is most welcome at any time. Hopefully, Bhagwat will dispel the notion prevalent in the society that ‘Hindu khatre mein hai’ (Hindus are in danger) as the perception that the Muslim population will be overtaking the Hindu population is wrong.

Genuine dialogue is one where both sides look at the arguments of the other side, mull over them and, if convincing, change their own stance on the theme. This is the outcome that one can expect from this meeting. The IMs do need appreciation for realizing the fact that it is RSS and RSS chief, are at the centre of the politics of Hindutva, and Hindu nationalism. Their plea is that they should not be addressed as Hindus, ‘Hindu Muslims’. Coming to being called Kafirs, they are right that Kafir stands for non believers, and the Muslim community should go by that.

As far as beef is concerned though Bhagwat talked about it, will he explain why it is not an issue in Kerala, Goa and Northeast? Why did one central minister Kiran Rijuju state that he eats beef and another BJP candidate for the Lok Sabha elections from Kerala  promised the electorate to provide better beef if he is elected?

The major issues which were left out from the dialogue were the causes of insecurity of Muslims, the CAA; NRC and the bulldozer politics unleashed in some states. Is the intimidation being practised by some BJP leaders going to replace the rule of law as far as Muslims are concerned? If we go beyond the obvious we realize that though Bhagwat says Muslims and Hindus have the same DNA, and that Hindutva is incomplete without Muslims, will his cabal throw away the Savarkar formulation that India belongs to those who have pitrbhumi (fatherland) and punyabhumi (Holy land) here? Will Bhagwat dispel the notions that Islam and Christianity are foreign religions?

The major factor for recurrent anti-Muslim violence is hate which is planted in the Shakha Bauddhiks (intellectual sessions in RSS branches). In these Hindu heroes, Rana Pratap, Shivaji etc. are presented as anti-Muslim; are glorified and Muslim kings are demonized. The Ram temple issue has been the biggest one where the wedges among communities have widened. The Ram temple issue is getting continued traction due to the resurrection of similar mosque or temple issues at Kashi (Varanasi) and Mathura.

RSS has made a convenient arrangement whereby the ideology it propagates is made to seep down below through myriad of its organizations. In this, all ills of society are attributed to the Muslim invaders. The temple destructions, the forcible conversions and topics like this are made the foundations of ‘Hate against Muslims’, which in turn have led to the present scenario created in the country.

The dialogue process has to make it clear that it is the path of Gandhi, the values of a national movement, which made India a nation. We are a secular, democratic nation where all religions have equal rights to live with dignity and honour. The values enshrined in the constitution have to be lived in spirit and not just for the sake of saying.

RSS in its efforts to co-opt various marginalized groups, Dalits, and Adivasis, hase floated an organization that has been pushing down its version of nationalism through sustained work. It has also brought forward Rashtriya Muslim Manch to win over a section of Muslims in its politics. To add to it, lately, it has been talking sympathetically about Pasmanda Muslims, socially backward Muslim community- dalit Muslims. This is a brilliant emulation of the policy of ‘divide and rule’, which the British had implemented here to sustain their rule to break the Hindu- Muslim unity prevalent then.

RSS is a massive organization, which has built up various national and international networks and infiltrated most aspects of India's social and political life. It needs to shift from cooption to reconciliation, where the victim’s pain and sorrow have to be understood. That alone can give peace and justice to society.

In Pakistan and Bangladesh, Hindus are victims of majoritarian Muslim supremacists. These Muslim intellectuals are well-intentioned but they need to articulate the real causes of the suffering of Muslims in India, and the causes of massive hate against them. If they can put it across to this organization they will be doing a yeomen service to the Muslim community.

Today the international image of RSS-BJP is emerging as a Hindu supremacist one where minorities are insecure, where identity issues are getting precedence over the issues of livelihood. RSS is the fountainhead of this politics; it needs introspection if it is serious about the process of dialogue and reconciliation.