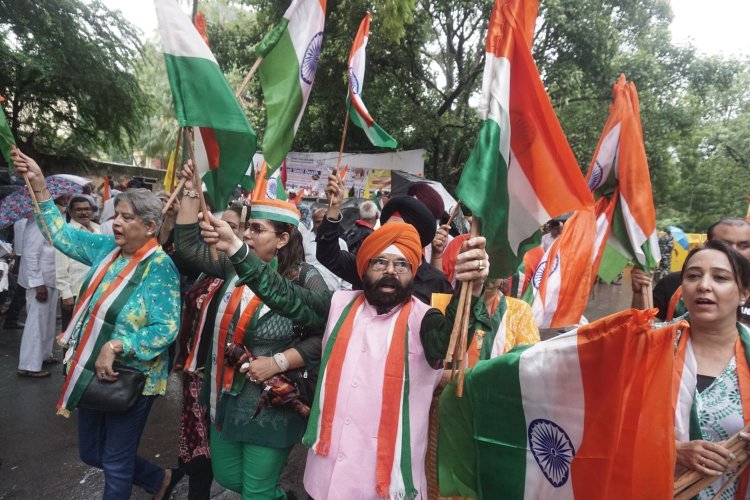 To commemorate the completion of 75 years of independence, the Tiranga campaign is gaining momentum day by day. Taking out an appeal to the Central Government and the Honorable Prime Minister, said that the revolutionaries Chandrashekhar Azad, Bhagat Singh, Rajguru, Sukhdev, Udham Singh, Ashfaqullah Khan, who sacrificed their lives for the country's independence on the occasion of Amrit Mahotsav, 75 years of independence of the country, Announce martyr status to many revolutionaries like Batukeshwar Dutt, Khudiram Bose, Durgavati Devi (Durga Bhabi), so that this Amrit Mahotsav will be added to the moon.

On this occasion, Paramjit Singh Pamma told that the members of National Akali Dal will go from house to house to hoist the Tiranga and do various programs of patriotism. Pamma has said that it is our duty to always remember those who have sacrificed for the country. Announcement should be made and their history should be taught to the children in schools also, so that in the coming times, the feeling of patriotism should be awakened in our children too.

On this occasion Bindiya Malhotra and Satpal Singh Manga said that the government should give martyr status to the revolutionaries who were martyred in the country's independence at the earliest and their families should get all kind of government assistance. At the same time, he said, this is a historic moment which every Indian should celebrate with great enthusiasm.