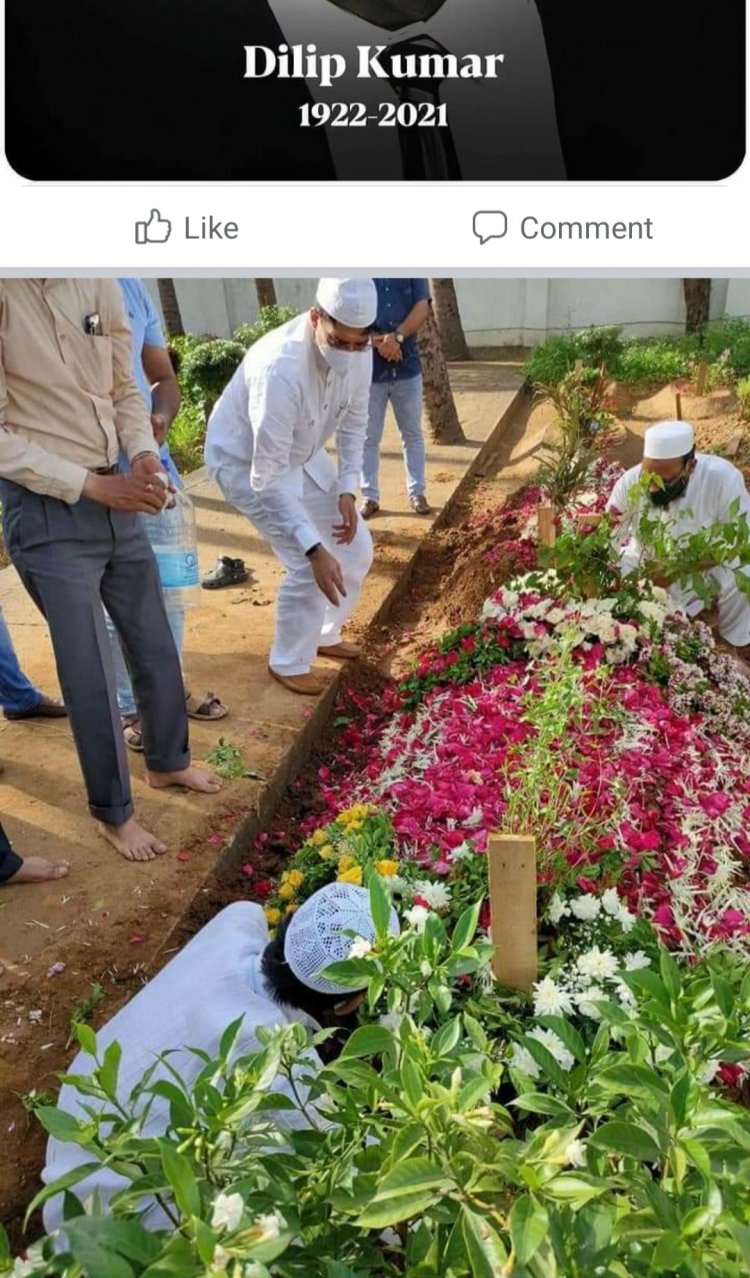 The massive auditorium at Mumbai’s Nehru Centre was packed. The annual mushaira which had an impressive list of participating poets, including Ahmed Faraz from Pakistan, was yet to start. Poetry recitations could wait as the legendary Dilip Kumar (Yusuf Khan) was invited to speak.

Clad in his trademark spotless white shirt and pant, the thespian reached the podium amidst loud clapping. Speaking in chaste Urdu, Dilip Kumar recounted an incident to underline the decline of Urdu, especially in Uttar Pradesh. He said he was aboard a flight to Lucknow to attend a programme. His host was a young man from a very illustrious Muslim family in UP. Since the young man was seated a few rows behind Dilip Kumar and wanted to communicate a message, he sent it on a piece of paper through a flight attendant. “I felt sad because the guy knew I am comfortable in reading Urdu and yet he didn’t write the message in Urdu because he didn’t know the language. This mushaira will serve its purpose if you increase number of Urdu learners,” he said.

That was Dilip Kumar the last Mughal of Indian cinema, lover of Urdu and the epitome of our celebrated Ganga-Jamuni Tehzeeb (composite culture). Though the tumultuous pre-Partition times had forced him to hide his real name Yusuf Khan and adopt Dilip Kumar for the screen, he never compromised on the ideals he stood for. Imbibing the Nehru-era liberal, socialist and secular ideas, he staunchly guarded those values even as many in Bollywood changed colours and went with the winds. He was certainly not one to live up to poet Nida Fazli’s honest admission:

As he retired from the films in the 1980s and threw himself headlong in social works—dousing communal fires one day, attending mushairs, soirees, rallies for OBC Muslims and Dalits the other day—he had also enough time to reflect. In such a private moment he once confessed to Congress leader and Aligarh Muslim University (AMU) Executive Committee member Asif Farooqui  آصف فاروقی how “Yusuf Khan was scared of Dilip Kumar.”

Coming from a religious family of freedom fighters in Azamgarh, Asif Farooqui first met Dilip Kumar when he was barely in his teens in mid-1980s. Farooqui’s family prospered due to business and education. With five brothers and over a dozen nephews and nieces settled in different parts of the world, Faroqui recalls he didn’t have much inclination towards movies or their Mughals as a teenager. “Beta tumhaare liye kisi Yusuf Khan ka phone aaya tha,” my mother informed me one day as soon as I reached home. “Kaun Yusuf Khan?” I asked. “Pata nahin, par unki awaaz badi bhaari thi.” Could it have been Dilip Kumar? I asked myself, that evening in 1984.” This Farooqui recalls in an essay he contributed to a book on Dilip Kumar.

Their friendship grew so strong that Farooqui was a constant companion of Dilip Kumar on the latter’s sojourns to different countries, including the maiden time the Badshah of Hindi cinema’s golden era visited Saudi Arabia to perform Umrah. Farooqui was also with Dilip Sahab and Saira Bano Sahiba at their regular walks at Joggers’ Park in Bandra West.

So, we were talking about Yusuf Khan’s fear of Dilip Kumar. Farooqui writes in his essay: “As my interaction with Dilip saheb increased, I started becoming acutely aware of the difference between Dilip Kumar and Yusuf Khan. Dilip Kumar was the veneer which the entire India loved and idolized. Yusuf Khan was the man who remained unscathed by the worldly wisdom of the world. Once Dilip saheb described the difference as: “Yusuf Khan is scared of Dilip Kumar.”  I used to ask him what he meant by this. With an ambiguous glint, he would exclaim: “Only Allah knows who Dilip Kumar is and what all he can do!” “

Though Dilip Kumar, as Farooqui narrates, didn’t give a clear reply why Yusuf Khan was scared of Dilip Kumar, we can easily guess the dilemma the legend faced because of the two identities he carried. While Dilip Kumar was the star with massive fan following across the globe, Yusuf Khan was a modest man rooted to his culture and tradition. Perhaps Yusuf Khan found himself weak when it came to carrying the huge burden the persona of Dilip Kumar symbolized.

Though the glitzy world of cinema brought name and fame to him, he remained a devout Muslim.  One summer afternoon in the late 1990s I called up at his Bandra bungalow for a comment on a story. His PA Mr D’costa picked up the phone and told me “sahab is asleep” and before he hung up, that famous voice came from the other line. “D’costa, you keep the receiver. I want to talk to this reporter,” Dilip Sahab said. I couldn’t believe my ears that I was actually speaking to the legend, once the heartbeat of India. It was Ramzan and he told me he was fasting and reading the Quran when I had called. After giving his reply to my question on communal harmony, he asked me to keep the phone.

In fact, all those who knew Dilip Kumar closely vouch that he was a devout man who didn’t shy away from community affiars. Farooqui says the personal copy of the holy Quran of Dilip Sahab had sentences underlined. “He has minutely read each sentence and marked them in red, green and blue ink with his notes. Whenever he needs clarifications, he seeks the advice of Islamic scholars,” writes Farooqui in his essay.

When former don Karim Lala fell ill, Dilip Sahab came to see him at Dongri in South-Central Mumbai. Both came from Peshawar and took interest in affairs of the Pathans in Mumbai. Hotelier M A Khalid was very close to Lala and recalls the meeting of Lala and Kumar. ”Karim Lala complained of an illness and Dilip Sahab wanted to prescribe him a medicine. He asked me for a qalam, didn’ use the word pen and wrote the medicine on a paper. While leaving he said, when he was at height of popularity some girls greeted him by saying, Hi Dilip even as he performed namaz in his car if it was time for a namaz,” recalls Khalid.

Dilip Kumar’s heart beat for the poor, the dispossessed though destiny bestowed on him enormous material wealth. He donated money among the need individuals and institutions. Kind at heart, he was gentle and modest to a fault. If he slipped into the skin of the characters he played on the marquee, he was devoid of doublespeak and arrogance in real life.
There will never be another Dilip Kumar/Yusuf Khan.

Humare baad is mehfil mein afsane bayan honge/
Bahare hum ko dhundhegi, na jane hum kahan honge
(They will tell stories after I have gone/The springs will look for me, but I don’t know where will I be).

In Loving memory of  Dilip Kumar Sb.
---copy pasted from the wall of Mohammed Wajihuddin 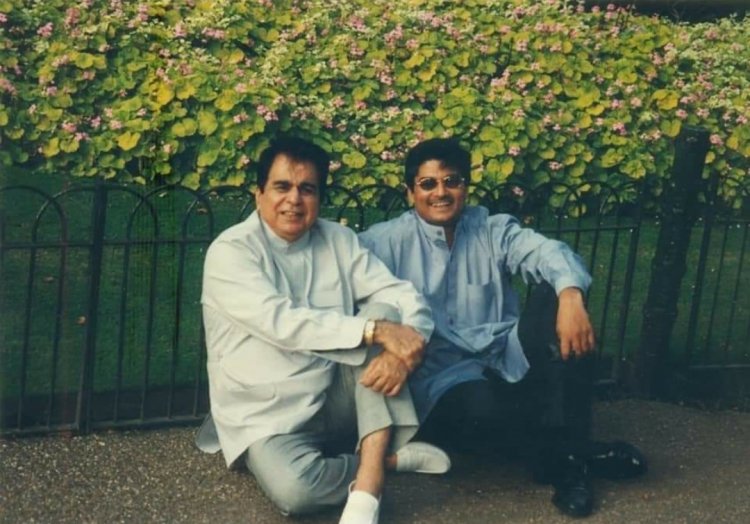