It is indeed noteworthy that gender studies have acquired the status of a discipline in universities. Furthermore, gender has become an entire area of discourse in itself. If humanity were to progress, and societies were to become free and independent, then a blind eye cannot be turned to this challenge being faced in this aspect. 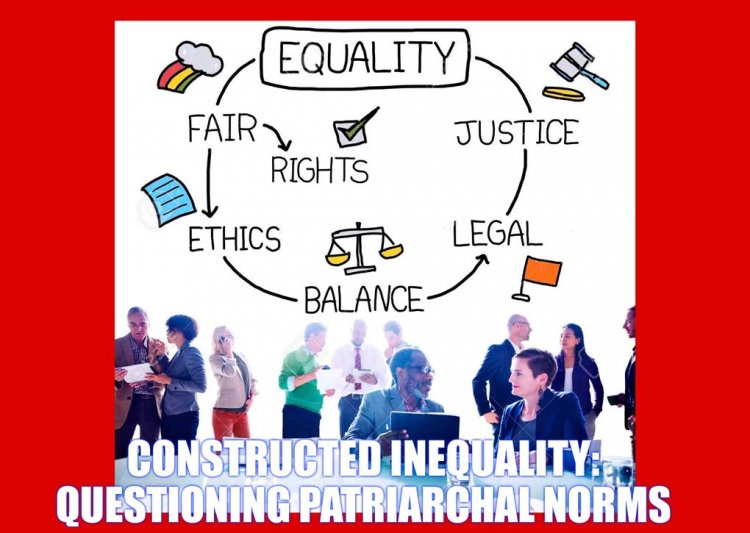 She had always pinned her hopes of a better life upon the sacrament of matrimony. The person was named and the steps required to bring the bride and groom into union were taken. There came the onset of a new life. She had never known a person of the opposite gender in such an intimate setting. It was the media and family tales told and retold which had played on the emotions of an unbetroth lass like her. The focal point of the story was the so-called hero who would come into her life to fulfil all her dreams and make them come true. It was only after all the pomp and show had faded away that reality dawned on the newly-wed couple. When the time came to move away from upholding one’s projected image to being what one really was, they realized there was a chasm existing between them. Indeed, this is the reality by which most marriages today are characterized, or is it so?

The challenges faced within families nowadays are largely due to a pattern of thought which has emerged out of the continuity of traditional values influenced by patriarchal modes of thought. These have been imbibed over several generations and in current times they are tinged by predominant views portrayed in the media. Patterns of thought emerging from a utilitarian mindset have become so deeply ingrained that relationships have become mere temporalities. An ensuing spiral of one-upmanship and struggles takes place at every level within various spaces, right from the family to the workplace as well as other existing spaces. Contemporary media has a huge impact on how girls and boys are made to think or feel about their bodies, their self-worth, and their life opportunities. When such thought patterns combine with the forces of the market which are based on self-interest and competition, it can have harmful social and psychological consequences.

Ayn Rand did warn us in 1957. “When you see that in order to produce, you need to obtain permission from men who produce nothing - when you see that money is flowing to those who deal, not in goods, but in favours - when you see that men get richer by graft and by pull than by work, and your laws don’t protect you against them, but protect them against you - ‘when you see corruption being rewarded and honesty becoming a self-sacrifice - you may know that your society is doomed.’” Sadly, even today, there are innumerable instances where women’s creativity is stifled as they are reduced to workers and are perceived as being dependent. Their cognitive faculties are numbed and replaced by an incessant desire for entertainment which comes about as a result of an exodus from production houses seeking to make huge profits. Much of the time, the onus is on women, be it in the kitchen or in taking the charge of rearing young ones or in lending a shoulder to her better half or in providing for the expenses of the family or in handling elderly in-laws.

All is not lost however. A ray of hope can be gleaned as age-old norms and practices begin to fall apart and fade away, as more women begin to assert themselves and seek to become empowered so that they too have a say in decision-making within the family, at the workplace and in society at large. Gone are the days when women were conditioned and shaped to slave like machines round the clock. A woman has her own individuality, her own identity, her own interests and can become a valuable member of the society. The truth is women have never been allowed to make sense of their identity. Quite often they are made to feel inferior and are conditioned to accept misplaced notions about their identity. From the very beginning, young girls must be perceived as being at par with boys. If they are viewed from this perspective, it will make a huge difference in their upbringing and will have a positive influence on their self-confidence. Women and girls must be made to have those enabling conditions and an environment that will support their proper development.

Although gender equality is a much deeper and multifaceted problem, these are a few thoughts to reflect upon. A more nuanced approach will need to be taken to understand this issue. Clearly, this is a theme which has been widely echoed and debated, more so in the last century. Emma Watson rightly said, “It is time that we all see gender as a spectrum instead of two sets of opposing ideals.” History is witness to the example of many such women who raised a voice by taking to the pen including the likes of Mary Wollstonecraft and Virginia Woolf. It is indeed noteworthy that gender studies have acquired the status of a discipline in universities. Furthermore, gender has become an entire area of discourse in itself. If humanity were to progress, and societies were to become free and independent, then a blind eye cannot be turned to this challenge being faced in this aspect. Nelson Mandela rightly said, “Freedom cannot be achieved unless women have been emancipated from all kinds of oppression.” If gender equality is to become a goal to be achieved in its truest form, then the words of Jeremiah Say cannot be ignored, “Men of quality respect women’s equality.”