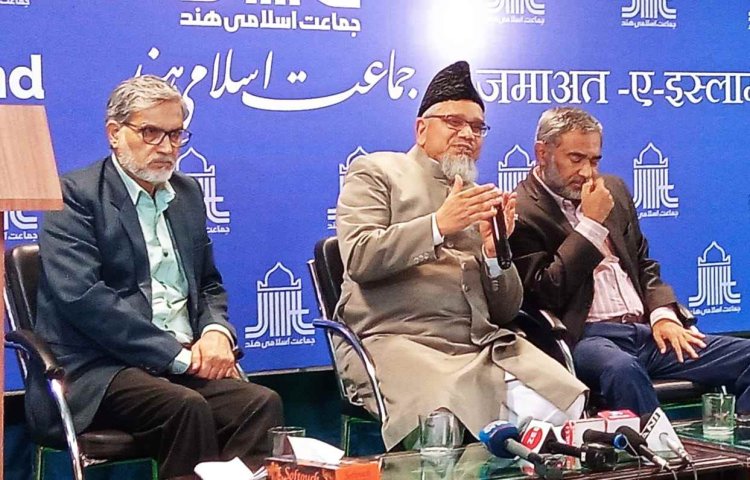 Election Funding : According to a study conducted by the Center for Media Studies, it is estimated that the Lok Sabha elections in 2019 cost Rs 55,000 crores. At a cost of US dollars 8 billion, it was the world's costliest conducted elections ever. According to estimates the share of the ruling party has been half of the above amount. The study estimates that a third of the amount was spent on campaigning and publicity. About a fourth of that amount or Rs 15,000 crores was distributed among voters to influence and buy their votes. Another ingenious way deployed by our politicians to fill their coffers is the method of funding through electoral bonds. According to a reply against an RTI, the government printed 10,000 electoral bonds worth Rs 1 crore each in 2022. According to data available from the SBI, political parties secured Rs 545 crores through electoral bonds ahead of the assembly elections in Himachal Pradesh and Gujarat. Ever since the Electoral Bond Scheme was introduced, the total amount collected by political parties has reached Rs 10,791 crores. This amount has been collected from various anonymous donors in 22 phases since 2018. The electoral bonds are anonymous; however, since they are sold by a government-owned bank (SBI), it is easy for the government to know who is funding the opposition. By amending the Finance Act 2017, the government has exempted political parties from disclosing donations received through electoral bonds. This ensures that the voters will not know which individual, company, or organization has funded which party, and to what extent. This disproportionate share of money in electoral politics and that too in a non-transparent manner is not healthy for our democracy. The Election Commission is not playing any role in regulating the growing expense of running elections. The judiciary is also yet to pronounce any judgment about electoral bonds and has refrained from taking any suo moto action, Jamaat-e-Islami Hind demands that political parties must come together and bring about legislation to curb the growing clout of money power in elections by making the entire process fair and transparent. We hope the Supreme Court of India will soon pronounce its verdict in favor of fairness and transparency so that our democracy is strengthened and there is a level playing field in politics.

Dalit Muslims, Christians and Article 341 : Jamaat-e-Islami Hind would like extending the benefits of reservation to those Dalits who converted to Christianity and Islam besides Dalit Hindus, Buddhists, and Sikhs. Under Article 341 of the Constitution, the President may "specify the castes, races or tribes or parts of or groups within castes, races or tribes which shall... be deemed to be Scheduled Castes". Earlier this benefit was only confined to Dalit Hindus (1950) but later on, Sikhs were added to the list in 1956 and then Dalit Buddhists also were added in 1990. We hope that the Commission, headed by the former Chief Justice of India and former chairperson of the National Human Rights Commission (NHRC), K G Balakrishnan to look into this issue and ensure equal treatment for those Dalits who became Christians and Muslims. It may be noted that the UPA government set up two panels: the Ranganath Misra Commission, in October 2004 and the Sachar Committee to study the social, economic, and educational condition of Muslims in March 2005. The Sachar Committee Report observed that the social and economic situation of Dalit Muslims and Dalit Christians did not improve after conversion. The Ranganath Misra Commission, which submitted its report in May 2007, recommended that SC status should be "completely de-linked from religion and the Scheduled Castes should be made fully religion-neutral like Scheduled Tribes." A study commissioned by the National Commission for Minorities in January 2008 led by Satish Despande and a team of sociologists, submitted a report titled "Dalits in the Muslim and Christian Communities - A Status Report on Current Social Scientific Knowledge", suggested that there was a strong case for extending SC status to Dalit Christians and Dalit Muslims. We hope our Dalit brothers and sisters will not be deprived of the benefits of reservation simply because they became Christians and Muslims.

SC remarks on hate speech : Jamaat-e-Islami Hind (JIH) welcomes the remarks by the apex court on hate speech. JIH agrees with the Supreme Court Bench of Justices K.M. Joseph and Hrishikesh Roy as they told the police not to wait for complaints to act against hate speech. The apex court also remarked that any "hesitation" to comply with the direction would attract proceedings for contempt of court against the erring officers". We endorse the concerns of the court which directed that FIRS should be registered and criminal proceedings initiated against the makers of hate speech irrespective of their religion that the secular character of the country is preserved. JIH appreciates the SC orer which states: "The Constitution envisages Bharat as a secular nation and fraternity assuring the dignity of the individual and unity and integrity of the country is one of the guiding principles enshrined in the Preamble. It said there cannot be fraternity unless members of the different communities and castes were able to live in harmony. We feel that this court is charged with the duty to protect these fundamental rights and also protect and preserve the constitutional values, in particular the rule of law and secular and democratic character of the nation." Now the onus is on the government and the police to implement the SC directives and ensure that there is zero tolerance to hate speech. Anyone violating the court directives should be arrested and prosecuted as per the provisions of the law. Civil society must also play its part in -monitoring and opposing hate speeches and creating awareness regarding the ill effects of communalism and violence on our unity and harmony.

Newly-released National Curriculum Framework (NCF) : Markazi Taleemi Board, Jamaat-e-Islami. Hind (JIH) organised an online consultative meeting with experts to discuss and review the NCF for the Foundational Stage released on the NCERT website. JIH welcomes the long-awaited release of the first of four NCF documents. However, it feels that the NCF for Foundational Stage of Schools (2022) needs critical review and deepening of the consultative process. JIH hopes that the current document as well as all future NCFS be made more inclusive, socially just and substantially reflective of shared, consensual constitutional values which are truly inclusive of all communities and learners of all backgrounds. The second major concern is with regard to the quality and transparency of the consultative process that preceded the framing of the NCF. The NCF 2022 did not follow the precedent of in-depth consultative meetings over multiple rounds. The NCF 2022 also. speaks extensively of Indian knowledge and Indian values, including examples of visionary educators in Indian history. While this is appreciated, it would be encouraging if future documents choose to represent and include a broad range of Indian traditions and educational customs that are truly representative, a concern that was expressed with the NEP 2020 document as well. Shaped by the inputs received and further consultations to be carried out, JIH plans to approach the Ministry of Education as well as submit its recommendations to the National Steering Committee for NCF as well as place these recommendations in public in a cohesive form in the near future.

Unveiling The Business Opportunities In Azerbaijan: An Unique Business Networking...